The Winners of THE 2020 MIRANDA FAMILY VOCES LATINX Playwriting Competition 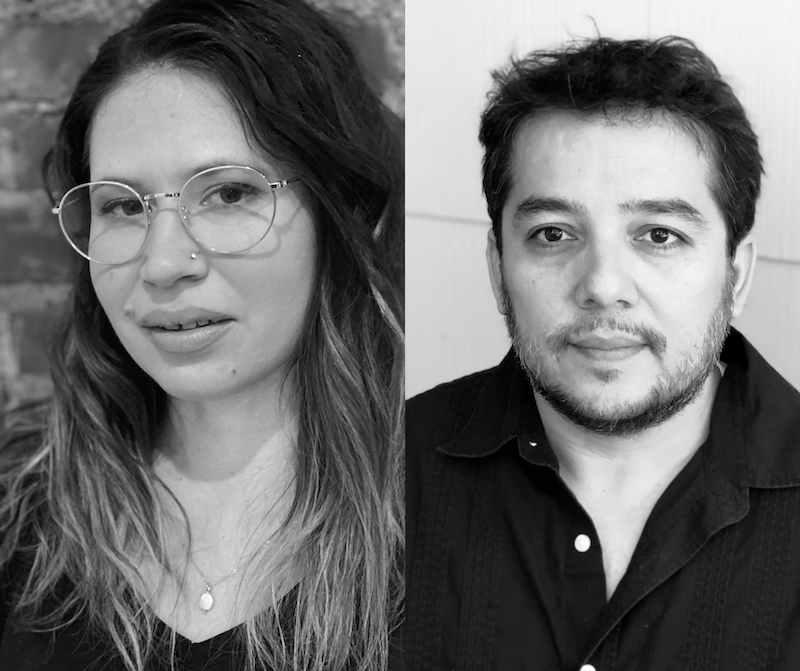 MALAS MAÑAS by Puerto Rican Alejandra Ramos and THAT DRIVE THRU MONTEREY by Mexican American Matthew Paul Olmos tie for first place, in the first edition of the competition. The playwrights will receive a cash award of $3,000.

Repertorio Español announces the winners of The 2020 Miranda Family Voces Latinx Playwriting Competition, an initiative to develop and promote Latinx plays that resonate with and accurately depict the Latinx experience. The competition is inclusive of all playwrights who are at least 18 years of age and residents of the United States or Puerto Rico.

“The act of writing is an intimate process full of uncertainty where most of the time you never truly know what will happen with the play you are writing. This leads to a thrilling, exciting and sometimes scary rollercoaster. Malas mañas is a Puerto Rican story that carries universal themes. I wrote it from within without any kind of expectations. Winning The Miranda Family Voces Latinx Playwriting Competition, is a beautiful reassurance that when you are true to yourself and write the stories you want to write, the world will be open to hear. I believe our Latinxs voices need to continue to be heard now louder than ever. The Miranda Family and Repertorio Español are committed to help make this happen and I can’t be more grateful.” – Alejandra Ramos

“At a time when Latinx stories and voices are needed both in the arts and in the United States at large, unique initiatives like Repertorio Español’s Voces Latinx are vital in creating a space for this and the next generation of Latinx artists. While our works go often unseen by mainstream theatrical institutions, community-based organizations such as Repertorio Español remain a home where our stories are valued as an essential voice in this country’s national conversation.” – Matthew Paul Olmos

The 2021 Miranda Family Voces Latinx National Playwriting Competition begins now! Submissions are due by Monday, February 1, 2021. A readings series will be held in June of the top 5 plays. For info please visit repertorio.nyc/voceslatinx or email aav@repertorio.org.

THAT DRIVE THRU MONTEREY by Matthew Paul Olmos from New York, NY

About That Drive Thru Monterey: Inspired by the life of the playwright’s mother. It is the story of a young Mexican American woman growing up in Los Angeles. In the play, she experiences her first love and deals with what it means to assimilate into this country. Through mysterious premonitions, she also sees what lies ahead in her life.

About (trans)formada: Sam is queer, a little trans, and a child of Mexican immigrants living in the Texas Hill Country. They’re graduating high school and trying to figure out how to express their gender — to themselves and to the world. Just as Sam is building the courage to present their gender to their mother, they go to a high school party. Everyone is way too into each other and drinking way too much. Amidst the debauchery, a brave and strange set of rituals ensues. “(trans)formada” is a practice in healing. It is about redefining and coming back to family.

Playwright Bio: Juan Ramírez, Jr. is an internationally produced, award-winning dramatist, actor, and director. Calling Puerto Rico is a 2020 Bay Area Playwrights Festival Finalist and recipient of 2019 Bronx Recognize Its Own Award, part of NYC Department of Cultural Affairs. The first reading was at IATI and an excerpt was presented part of Infinite Stories with the NYC LatinX Playwriting Circle. He’s developed and produced works with Downtown Urban Arts Festival, LaTea, Ingenio Milagro, Dixon Place, Raíces, HBMG, BBTF and The Bronx Repertory Company. He’s a Dramatist Guild member with a B.A. from Lehman College and an MFA from Tisch.

Playwright Bio: Noelle Viñas is a Uruguayan American playwright, educator, and theater-maker from Springfield, Virginia, and Montevideo, Uruguay. Her play Derecho won the 2019 John Gassner Playwriting Award, was a 2019 Playwrights Realm Writing Fellowship semi-finalist, and will be in the 2020 Bay Area Playwrights Festival. Her play La Profesora was produced by TheatreFirst and is in development for a podcast called Abuelito with We Rise Production. Other past favorite jobs include running Annandale High School’s theater program alongside Theater Without Borders in Virginia and producing her play Apocalypse, Please with Kevin Vincenti in San Francisco. She is a resident playwright at Playwrights Foundation, currently attends Brooklyn College for her MFA in Playwriting, and is a proud member of the NYC Latinx Playwrights Circle.