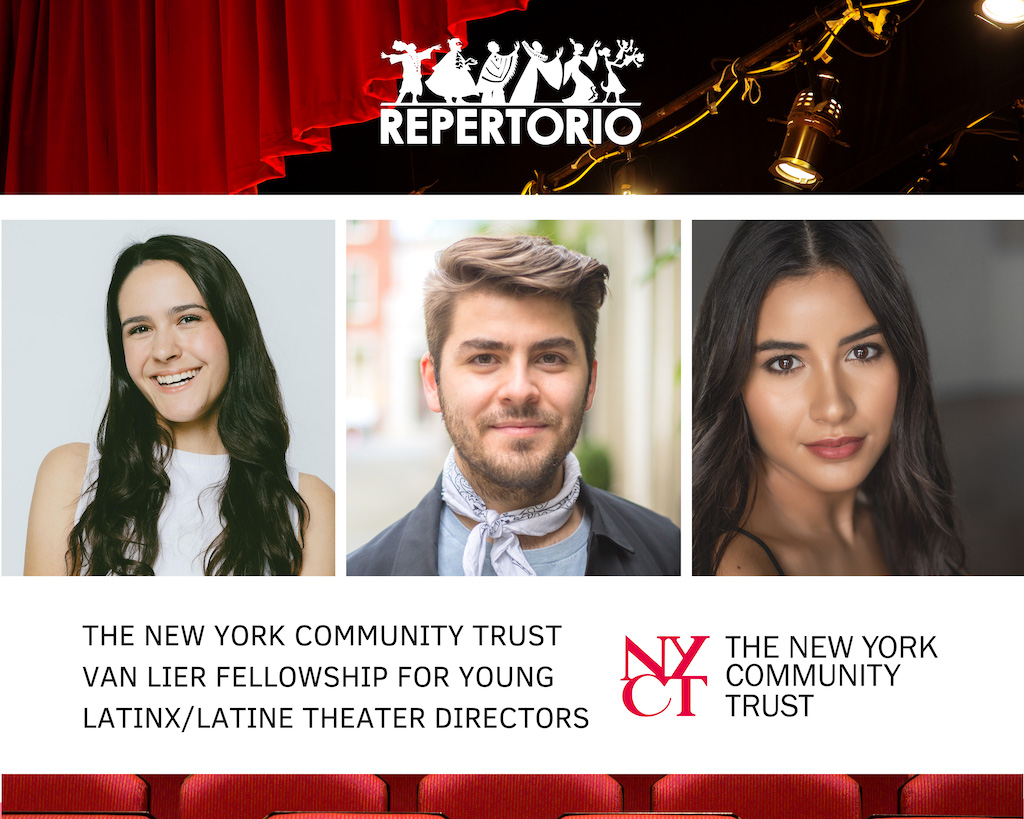 Fellows will develop their craft by directing two productions in the summers of 2022 and 2023.

Three emerging, talented, and ambitious directors will have their artistic vision showcased at Repertorio Español’s Gramercy Arts Theatre, taking the opportunity of using Repertorio’s artistic and technical resources while working alongside Repertorio’s staff and Company. The first production premieres on Friday, July 15, 2022. 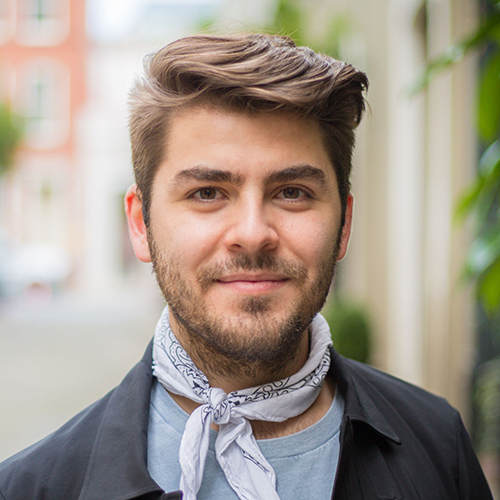 “The Van Lier Fellowship at Repertorio Español is a one-of-a-kind gift to the next generation of Latinx artists. The fellowship invites us to join an artistic home and community in which we are asked to investigate our creative voice and aesthetics over two summers. My belief is that directing theatre is all about participation and crafting an empowered space where artists can create freely. I am honored to be in this cohort and am thrilled by the opportunity to build at an institution whose mission is to celebrate Latinx culture and the Spanish language through live performance.”

“It is an honor to join Repertorio Español as a Van Lier Fellow. I am excited to delve into two distinct and vital plays in the Latinx canon and bring it to life through a modern feminist lens.” 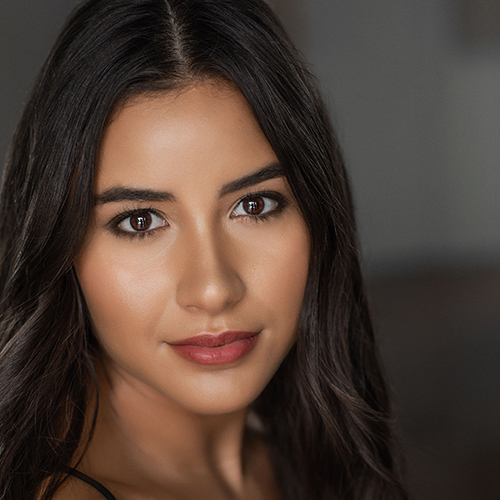 (Ella/Her) is a Puerto Rican actor, director, and critic. She received her BFA at UCF with a minor in Humanities, training as well at: Atlantic Co, BADA at Oxford University, and SBIFF. She is a SDC Directing Fellow, a Kennedy Center Directing Initiative alum, and a participant of Jose Solís’s BIPOC Critic Lab. She is currently a member of the “Did They Like It?” Cohort and a Latiné Musical Theatre Lab Associate. Growing up as a Boricua in South Dakota —with her media diet ranging from Rebelde to The Lizzie McGuire Movie— sparked her need to create stories that explore the diasporic experience of POC in our world.

“Being a Van Lier fellow gives me a platform to explore the diasporic life of latinidad in contemporary and classic Spanish works. Hoy día you can be latiné but grow up in South Dakota —just like I did— but that doesn’t mean that I didn’t grow up eating mofongo or listening to Olga Tañón. This fellowship is allowing not only room but support in exploring the growing intersections of our cultura. Me toca el alma que vieron mi mente “gringa” y dijeron que eso todavía es ser Latina.”

THE NEW YORK COMMUNITY TRUST
A public charity, The Trust is a grantmaking foundation dedicated to improving the lives of residents of New York City and its suburbs. We bring together individuals, families, foundations, and businesses to build a better community and support nonprofits that make a difference. We apply knowledge, creativity, and resources to the most challenging issues in an effort to ensure meaningful opportunities and a better quality of life for all New Yorkers, today and tomorrow.