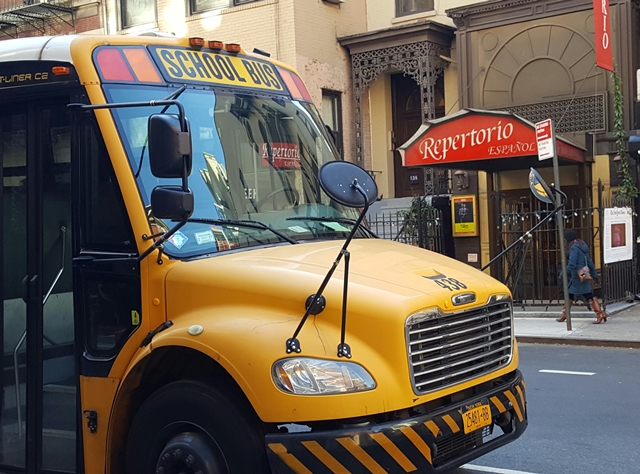 We are grateful and excited!

Repertorio Español is the recipient of the Rockefeller Brothers Fund! This grant will provide $150,000 to Repertorio with the ends of expanding our vision of making great quality theater in  New York.

With the funds provided by the organization, Repertorio will open three new productions for the 2017 and 2018 fiscal years. Among the plays planned include an adaptation of Gabriel García Marquez’s “No One Writes to the Colonel,” a new play by Nilo Cruz, and an American premiere of a classical play written by a woman playwright of the 17th Century to be directed by a woman of today!

About the Rockefeller Brothers Fund

Founded in 1940 by the sons of John D. Rockefeller, Jr., the Rockefeller Brothers Fund (RBF) advances social change that contributes to a more just, sustainable, and peaceful world. The RBF’s grantmaking is organized around three themes: Democratic Practice, Peacebuilding, and Sustainable Development. Though the Fund pursues its three program interests in a variety of geographic contexts, it has identified several specific locations on which to concentrate cross-programmatic attention. The Fund refers to these as “RBF pivotal places”: subnational areas, nation-states, or cross-border regions that have special importance with regard to the Fund’s substantive concerns and whose future will have disproportionate significance for the future of a surrounding region, an ecosystem, or the world. The Fund currently works in two pivotal places: Southern China and the Western Balkans. The Charles E. Culpeper Arts & Culture program, focused on New York, nurtures a vibrant and inclusive arts community in the Fund’s home city.