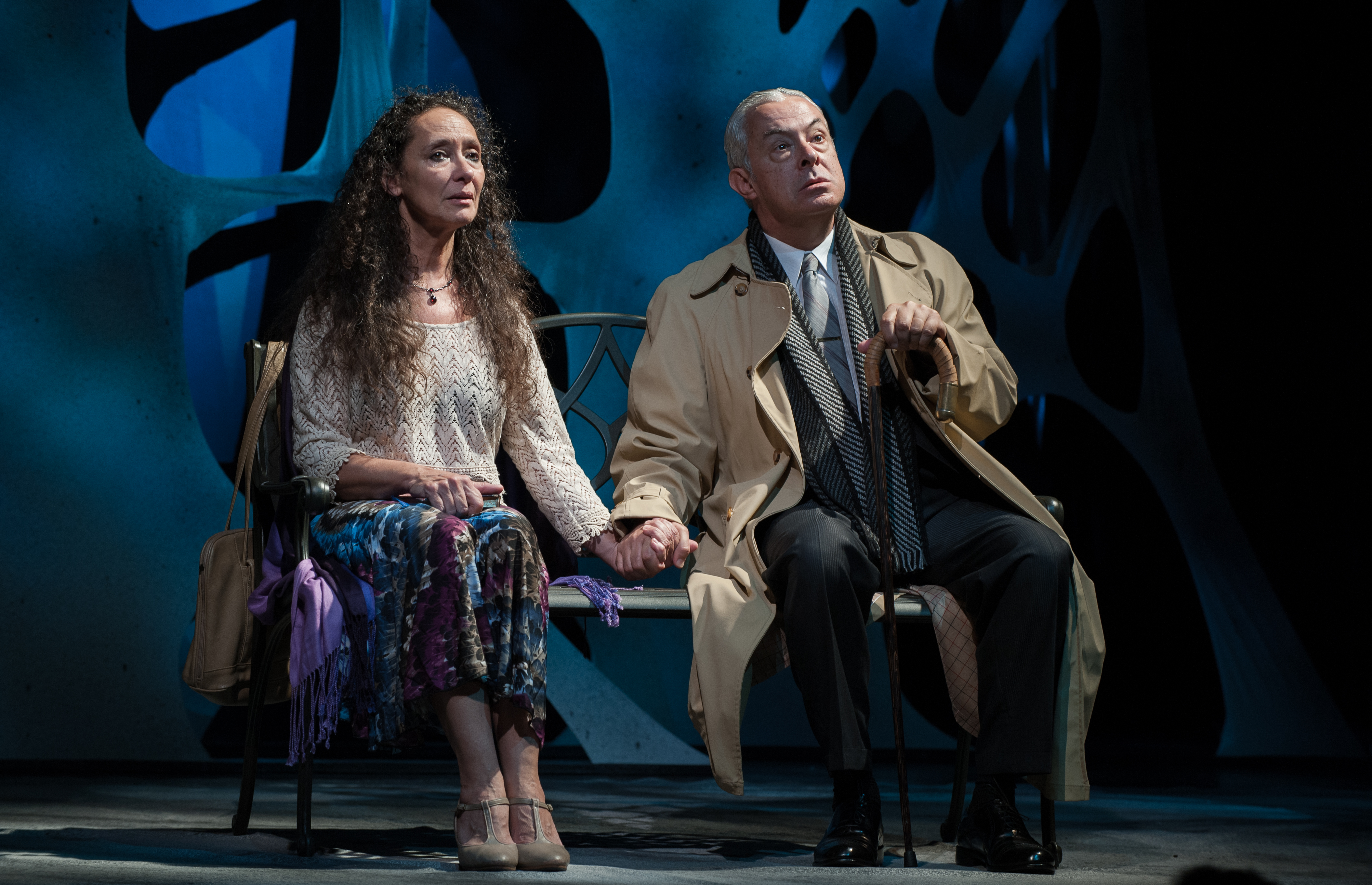 Mario Diament’s highly acclaimed play Cita a ciegas  is a play that has traveled the world over many times. Almost a year since its New York premiere at Repertorio Español, Repertorio fans have hailed the play as one of the best the company has produced. Directed by the world famous Jorge Alí Triana, the cast recently traveled under the auspices of generous The Mid Atlantic and STELAC Foundations to the prestigious International Theatre Festival in Manizales, Colombia, one of the most important and longest standing theatre festivals in Latin America.
Actor and film star Germán Jaramillo, who plays the role of the Blind Man in this one-of-a-kind play was particularly touched, however, as he returned to the cradle of his career.
“Without a doubt the tour was a great success for Repertorio. For me it was absolutely memorable not just as a return [to Colombia] but rather as a conquest. We performed in a full audience at the Los Fundadores Theater of Manizales, during the evening, something like one thousand people; on Monday afternoon, a difficult day, we had the theatre abour 90% full  and the performance was great; the first time we had performed the play in such a big space, a theater for 1,300 spectators. But the 7PM performance was so unique: clean, refined, full of new details with an alert audience that also had a lot of fun. For me it was very significant because Manizales is my hometown, I grew up there and saw my first plays in that theater, acting in my first plays in my acting career in Colombia. But to return there after so many years and act with a cast of such extraordinary quality like this one presented by Repertorio, in front of my friends from college and school and their families, and the acclaim that we received at the end was an experience like no other.
In Bogotá, it was even more exciting because in the theatre we performed in, the Teatro Libre del Centro, one can say that I literally built it with my own hands. I know its every corner and the day we arrived in Bogotá with Repertorio, we went to see the space . When I stood on that stage and said those first lines of the Blind Man, I again felt the exquisite acoustics in that space, the intimacy of the 200 spectators it can hold, and I was very proud to perform again in that space after fifteen years, together with the actors Repertorio has cast for this spectacle, and directed by a Colombian. All of the performances in Bogotá were praised by critics as well as by the public as an extraordinary experience, a concert of acting, a delightful text and a play full of theatrical scenery, rigor, and recognition of Repertorio Español as a first class company on a global scale.
The Pablo Tobón Uribe Theatre of Medellín wants to host Cita a ciegas, as does the National Theatre of Bogota and the Sociedad Privada de Barranquilla, on Colombia’s Caribbean coast. I think it is very much a possibility that there can be a second tour next Spring.”

The tour may be over, but Cita a ciegas is back at Repertorio for the 2014-2015 season. Check out Repertorio’s main website for ticket information and stay alert for updates on another tour of this exciting and intriguing play that has captured the hearts and minds of theatergoers the world over. 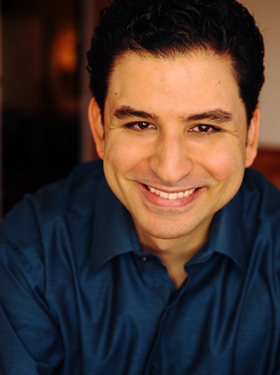 “I grew up taking in Repertorio Español productions such as “Café con leche”, “La casa de Bernarda Alba”, “Me saqué la lotería” and the always electric Pilar Roja… Although born and raised in New York City, the language spoken at home was strictly Spanish as was most of the entertainment absorbed: television, concerts, theater… From an early age I knew I desired a life in the arts. To work at an internationally renowned institution such as Repertorio Español which collaborates with Latino artists from around the globe would be, as they say in the Dominican Republic, ¡UN PALO! (A hit!) During these formative years the “MetLife Nuestras Voces” National Playwriting Competition had yet to come into existence.

I left the city and went off to undergraduate and graduate studies where I developed my skills as an actor, writer and director. Years later I came across the “MetLife Nuestras Voces” Competition… Was this for real? A national competition that strives to discover and nurture the best Latino plays and bring them to the attention of the American theater community? AND they can be written in English OR Spanish OR both? Count me in! Platanos and Hamburgers unite!

The first go-around the play I entered in the competition (a play written in Spanish) did not make it to the finalist stage. Instead, I received invaluable feedback from the judges and Repertorio team. Even without making it to the finalist round, they encouraged, advised and empowered me to continue onward with my script. This led to major re-writes and ultimately a full production at this other company which gave it a massively successful and award-winning run! Without “MetLife Nuestras Voces” I probably wouldn’t have had a platform to submit this Spanish-language play, and to receive encouraging feedback and  connections and confidence to make productive re-writes which led to a successful production.

Two years later I entered the competition again with my play, “Barceló con hielo” (Barceló on the Rocks.) This time, I was a finalist! Through the critical process of receiving a stage reading (which is part of the competition when you are a finalist) I was given constant guidance and feedback from the judges, Repertorio team and, most importantly, an audience. I was able to hear and see what worked and what didn’t without the pressures of a looming full production. For a writer, the development stage of the script is a necessity that some tend to want to bypass. I was thrilled to be immersed in one at Repertorio.

A few rehearsals, notes, rewrites, the stage reading in front of a live audience, more notes, more rewrites and then…My play WON the competition! I went from not even being a finalist two years prior to winning the whole thing! The play will now receive a full production/world premiere, June 13th, 2014.

With the win came national and international attention. I credit this to Repertorio Español’s reputation of providing quality Latin American, Spanish and Hispanic-American theater in New York City and across the country. I’ve now lost count of the many theater companies, production companies, and press that have reached out inquiring about and taking an interest in my work. Since the competition, several members of the Repertorio team have made themselves readily available to assist in the further development of the script. I’ve made many re-writes and through each one, I have a pool of trusted experts that I reach out to for feedback and encouragement.

Competitions such as “MetLife Nuestras Voces” are crucial to the development of new work and critical to the survival of up-and-coming Latino voices. At the moment, platforms for the development of new work are scarce and those specifically catering to Latinos are close to none.Winning is great, but there is an even greater gift that we must recognize – the fact that there is a place where Latinos can submit work that explores their own identity and experiences in the United States. Being able to submit work (regardless of the stage that it is in), receive feedback, and in my case as a finalist have a full staged reading and development time, is an opportunity that we must empower and support.”