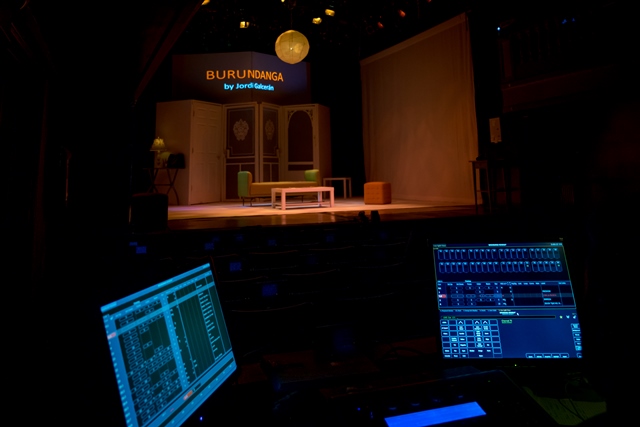 One of the great aspects of working in a theater has to be sitting in during rehearsals of new plays because we are able to see all the hard work the actors and directors put to make a great production.

What is even more amazing is when in the midst of the chaos that rehearsals can be we can laugh and feel like it’s the finished project.

As we sneaked around the theatre to see the rehearsals for Burundanga, we couldn’t stop laughing! Just when we couldn’t laugh anymore, another hilarious scene came our way to make us want to roll in the aisles laughing!

Here are some photos captured by Michael Palma to give you a gist of what has us all so excited at Repertorio Español. 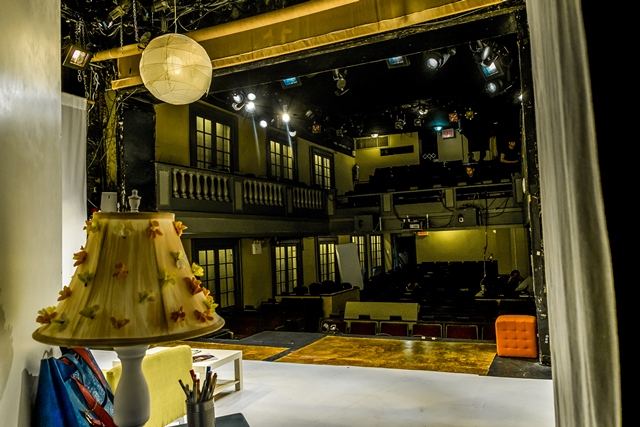 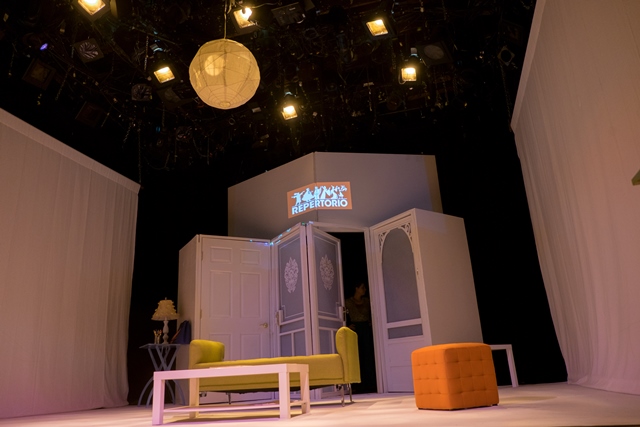 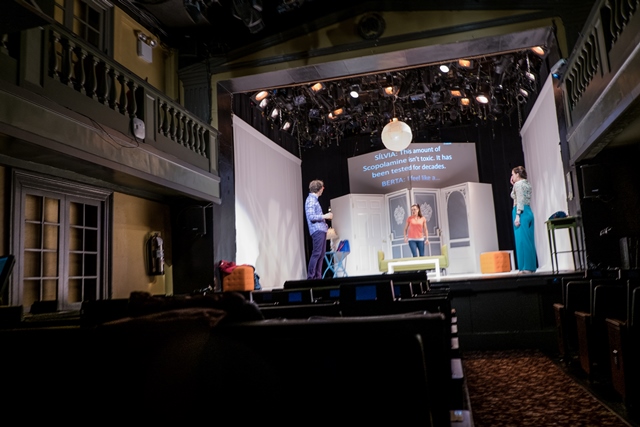 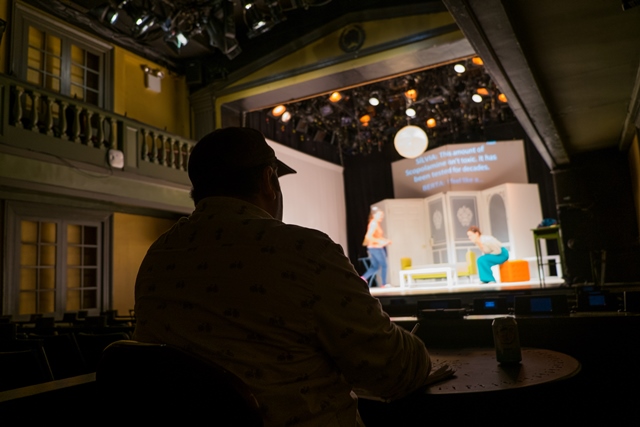 All photos by Michael Palma 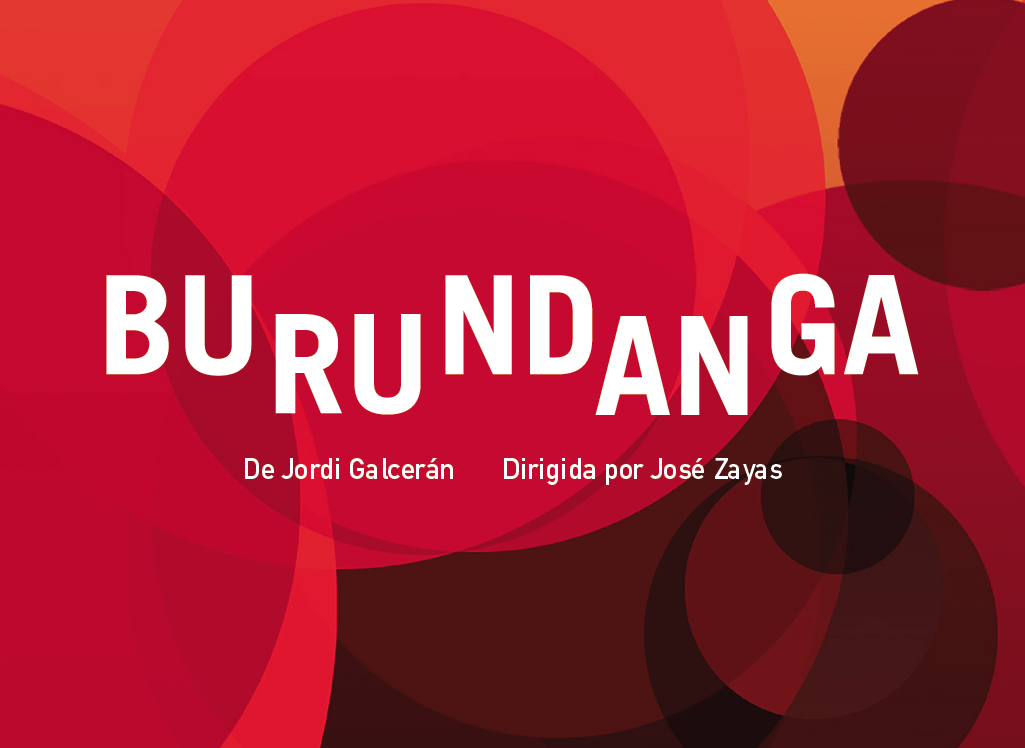 The month of May brings with it a new premiere to Repertorio Español. The extremely funny comedy “Burundanga” written by playwright Jordi Galcerán will be opening on May 28th and we couldn’t be more excited to see something new, fresh and hilarious! Of course we know that we need great playwrights like Galcerán to write this wonderful production, but we also need great actors to give life to the words on the script. See below to learn about the cast member behind this play! 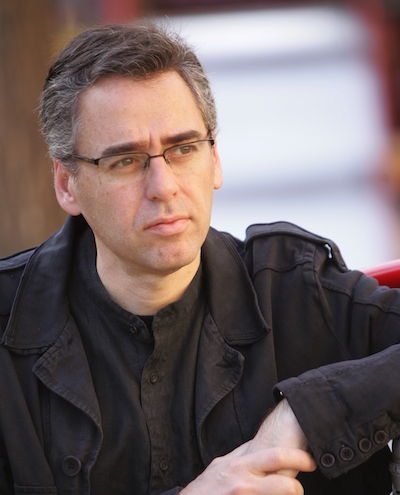 Jordi Galcerán (Playwright) studied Catalan Philology at the University of Barcelona and began writing theatrical plays in 1988.  In 1995, with Words in Chains he won the 20th Born Theatre Award, and in 1996 the Critic’s Award Serra d’OR for Best Work in Catalan language. His play Dakota received the Ignasi Iglesia Award. His most recent premiere is Burundanga, which was presented at Maravillas de Madrid theatre in June of 2011. Outside of the theater he has served as screenplay writer for a variety of television series and has written 6 featured films. 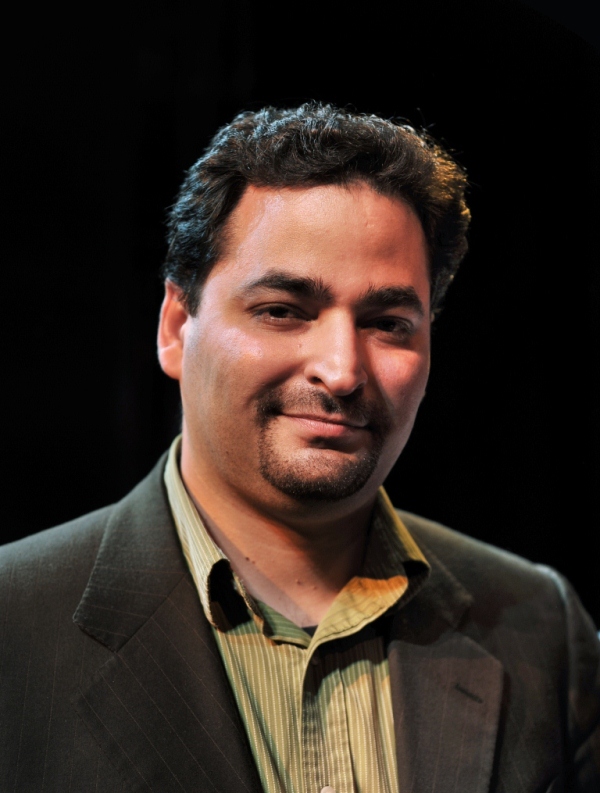 José Zayas (Director) Resident Director Zayas began working with Repertorio in 2004 when he was selected as a fellow of the Van Lier Young Directors Project. Ever since, he has directed seven productions for the company and was named Resident Director in 2013. His production of Caridad Svich’s The House of the Spirits, based on Isabel Allende’s novel, at Repertorio Español, won multiple ACE and HOLA awards, including best production and director. Other credits with Repertorio include Madre, el drama padre ; Letters to a Mother; Nowhere on the Border;  No Better Friend, No Worse Enemy; In the Time of the Butterflies; and Love in the Time of Cholera, La tia Julia y el escribidor.  Outside of Repertorio Español Zayas has participated as director and assistant for a number of productions. 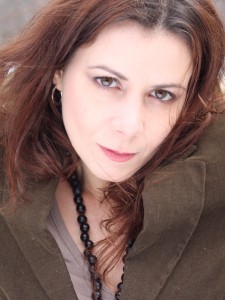 Zulema Clares (Berta)  born in Cuba and holds a degree in Theater Techniques and Choral Direction from Cuba’s National Arts School. She has worked in theater, film, and television as an actress, playwright, and director. In 1996 she co-founded Argos Theater of Cuba and soon after she became one of the most acclaimed actresses of Cuban stage for her work in classics like Strindberg, Brecht, Calderon de la Barca, among others. She also worked as a teacher at Cuba’s National Arts School and made her debut as a theatrical director in 2001 with Thanks Grandma, which she also wrote and starred in. Her film credits include the leading roles of The Nights of Constantinople, Three Times Two (Silver Zenith First Fiction Feature Film, Montreal 2004) and Long Distance (2008). She won the Best Actress Award at the 2001 Camaguey Theater Festival in Cuba and received multiples HOLA and ACE awards for her work at Repertorio Español. Zulema currently resides in New York. Her credits with Repertorio include The House of Bernarda Alba,The Feast of the Goat, Life is a Dream, Captain Pantoja and the Special Service, As Five Years Pass, Mariela in the Desert, Doña Flor and her two husbands, Love in the Time of Cholera, In the Time of the Butterflies, Cold Air, Aunt Julia and the Scriptwriter and Miss 744890. 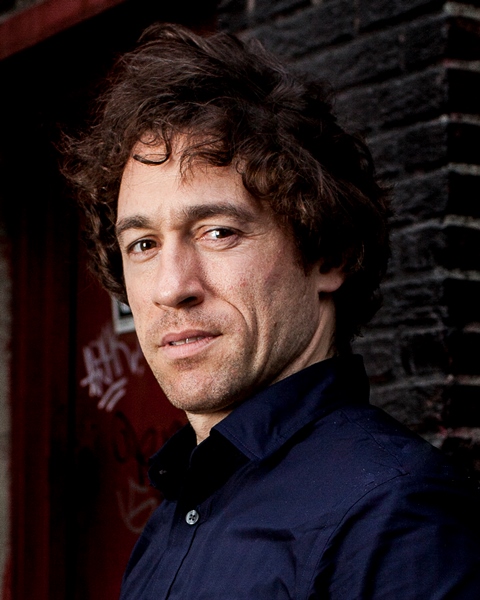 Luis Carlos de la Lombana (Gorka) actor, singer, composer, director and producer hailing from Santander, España. He hold two university degrees, one in acting from the National School of Dramatic Arts in Spain and the in law from the Autonomous University in Madrid. Recently, he co-produced La Strada (The Road), and he is part of the company of actors at Repertorio Español. His credits with Repertorio include:Life is a Dream, Love in the Time of Cholera, Until five Years Pass, Blind date and Aunt Julia and the Scriptwriter. As a singer and composer he has worked with the musical group QVINQUE and La Strada. His cinematographic credits include: Las tierras altas, The Red Knott, and the short film Jagger, which was selected for the 2010 Latino Short Film Festival in New York and the 2011 Havana Film Festival in New York. He has received multiple awards including the ACE, ATI and HOLA awards. 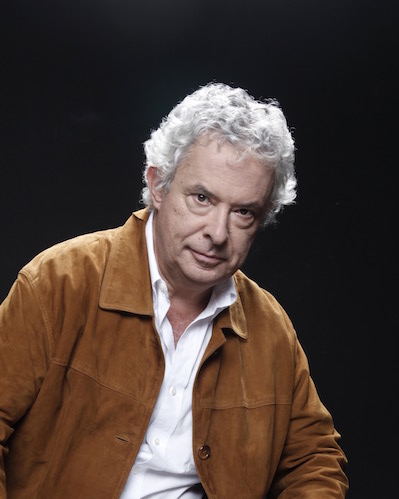 Germán Jaramillo (Jaime) Jaramillo boasts a long line of acting and directing credits in film, television and on stage. Most famously, he starred in the internationally acclaimed “La virgen de los sicarios” (“Our Lady of the Assassins”) which was awarded the Gold Medal in the 2000 Venice Film Festival and gave Jaramillo a nomination for best actor. Other films and TV productions include Caracol Television’s “La bruja” and the Mexican
production, “Huérfanos.” Aside from the screen, Jaramillo also claims an impressive career on stage, including the founding of the Teatro Libre, Colombia’s most important repertory theater, and ID Studio Theater in New York. His credits with Repertorio Español include: Bad Weeds Won’t Die, Aunt Julia and the Scriptwriter and Blind Date. 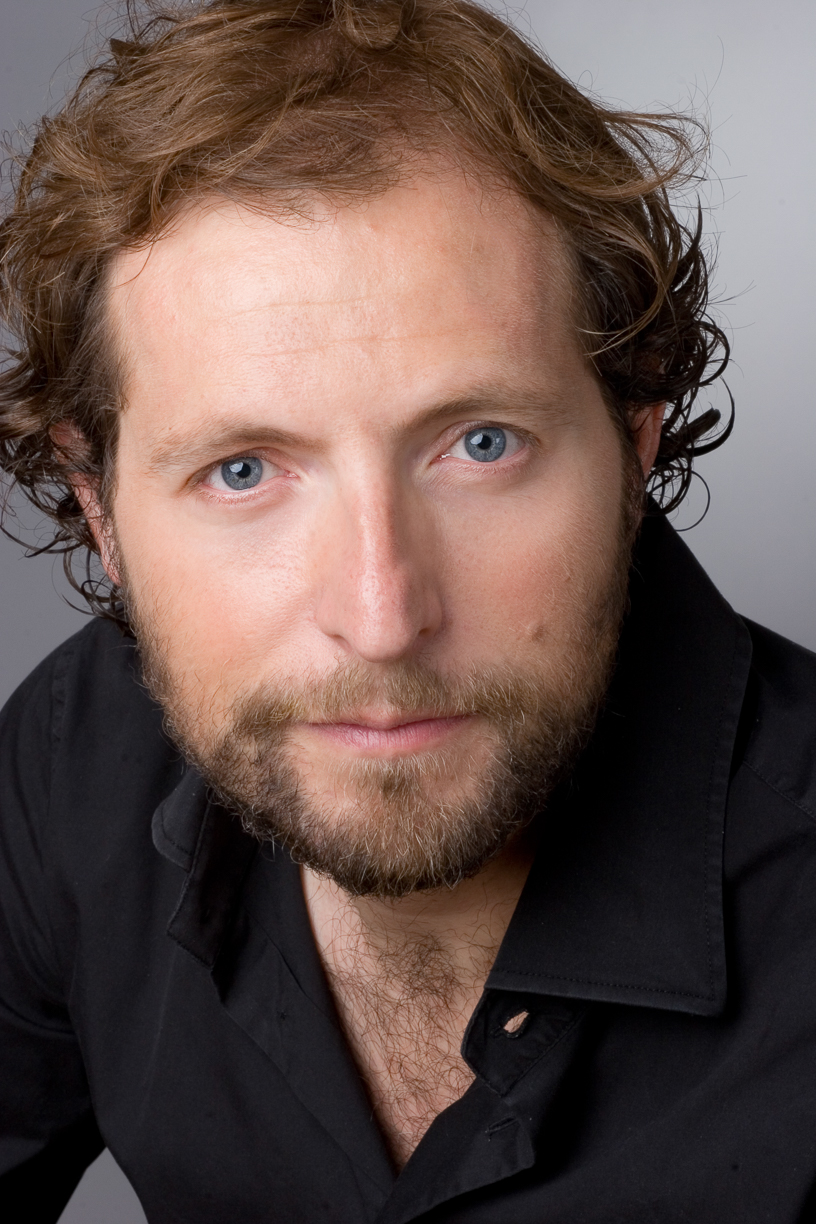 Txemi Parra (Manel)  actor, screenwriter and comedian with more than 15 years of experience in Spain. As an actor he has been featured in television, movies and plays. His screen credits iniclude: El Comisario (The Commissioner), Petra Delicado, 7 vidas (7 Lives), Paraíso (Paradise), La Lola (Lola). He was also one of the first Paramount channel comedians and finalist of El club de la comedia (The Comedy Club). His theater credits include: Cachorros de Negro mirar (Puppies with black sight), which toured around Spain and with Repertorio Español El Quijote. He also opened three plays in the C.C.E. in Miami. He was a screenwriter at Globomedia where he wrote 7 vidas (7 Days), Aída, Los Serrano (The Serrano), El Internado (The Black Lagoon Boarding School) and Águila roja (Red Eagle). As an author he won the award Ciudad de Donosti with La manzana (The Apple). His first novel Los muertos no comen yogures (The Dead Don’t Eat Yogurt) will be published in Spain in 2016. Currently he writes and also acts in the web series Bilbainadas en NY. 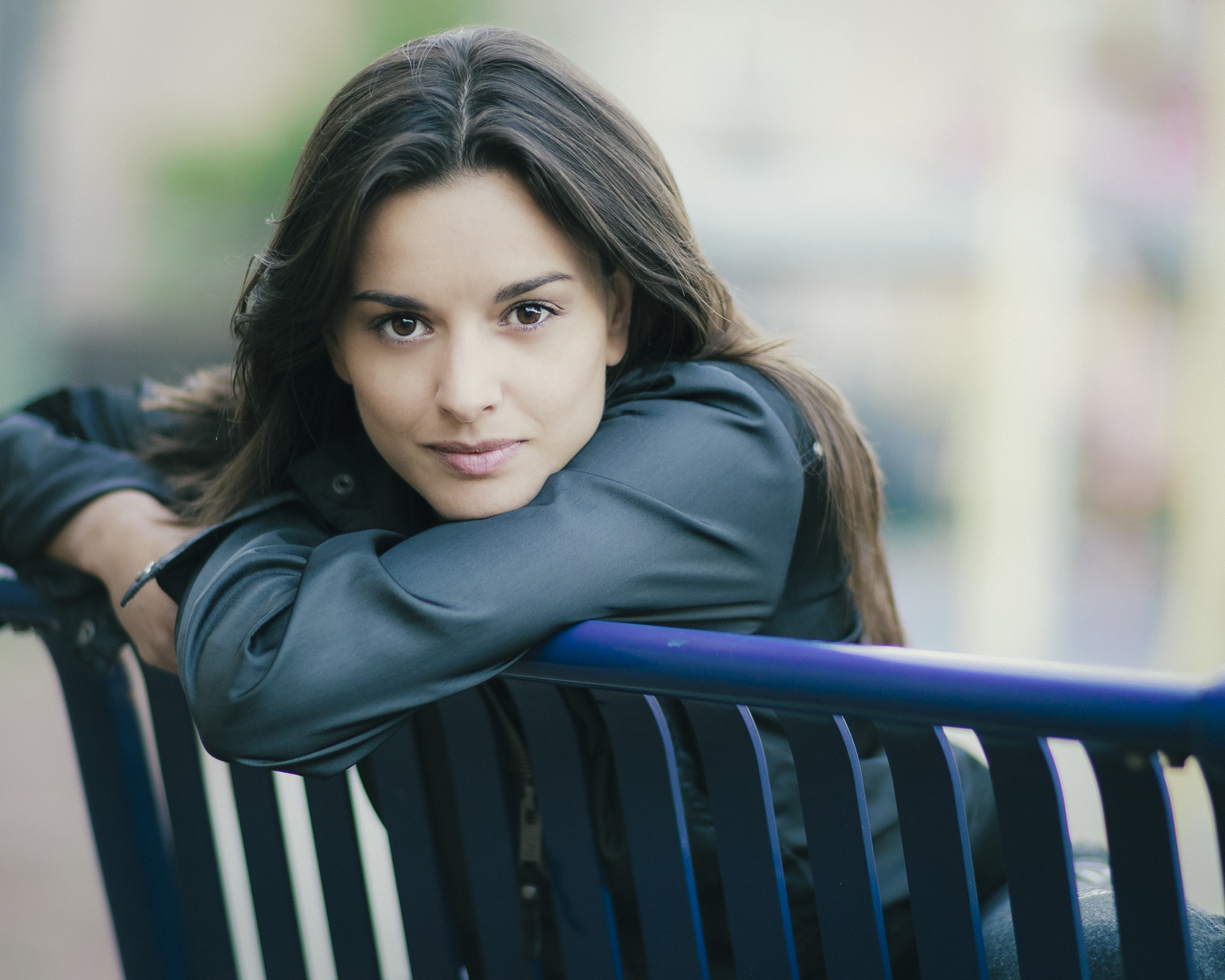 Soraya Padrao (Silvia)  she began her career in Madrid, where she worked for more than ten years in theater, film andtelevision. In 2008 she made the move to NYC and in 2011 she joined Repertorio Español. Her credits with Repertorio include: La Dama Duende (The Phantom Lady), La Discreta Enamorada (The Discreet Love), La Verdad Sospechosa (The Truth can’t be Trusted), Fuenteovejuna, Crónica de una muerte anuncida (Chronicle of Death Foretold), La zapatera prodigiosa (The Shoemaker’s Prodigious Wife), El amor en los tiempos del Cólera (Love in the time of Cholera). Other theater credits include: New York Nuts 2, An Invisible Piece of this World, and Wearing Lorca’s Bowtie. Her cinematographic credits include: La Herencia (The Inheritance),Valdemar. Moonlight Motel, Cassanova was a Woman, Anomalous, Where Hearts Lie, among others. In television she has been featured in: El Pasado es Mañana (The Past is Tomorrow),Hospital Central (Central Hospital) and Hermanos y Detectives (Brothers and Detectives).