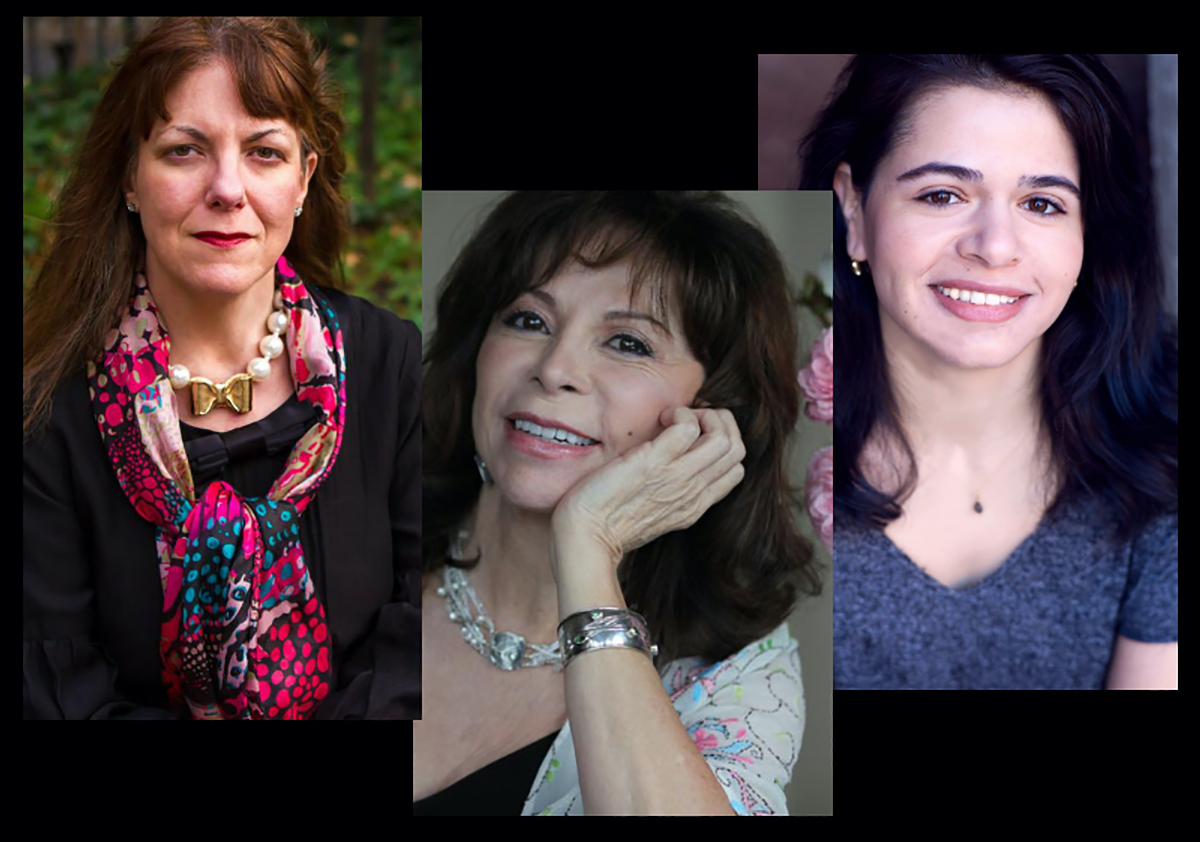 Repertorio Español, one of NYC’s most celebrated Latinx theatre companies, will stream a reading of Eva Luna by Caridad Svich based on the celebrated novel of the Chilean/American writer Isabel Allende. The reading would be directed by the Colombian director Estefanía Fadul and will premiere on Tuesday, June 30th at 6 pm on the Company’s Facebook and YouTube sites which can be found using the social handle repertorionyc. The cast includes Carmen Borla, Zulema Clares, Luis Carlos de la Lombana, Mario Peguero, Juan Villa, Mariana Fernández, and Marcel Mascaró.

This reading premiere is the latest addition to the 15 events that Repertorio has been offering free of charge to Latinx and Hispanic audiences, worldwide. The company hopes to premiere the adaptation of Eva Luna on its iconic stage next year.

ABOUT THE PLAY
Isabel Allende’s novel is re-imagined for the stage by OBIE-winning playwright Caridad Svich. This play tells the coming-of-age story of EVA LUNA, a woman born into poverty who rises up through the world to find her voice as a storyteller and a reflector of history. Enchanting, comical, and sly, EVA LUNA follows the character’s journey from childhood to adulthood, and along the way allows us to meet an array of characters that will change the course of Eva’s life forever.

ISABEL ALLENDE – AUTHOR
Born in Peru and raised in Chile, Isabel Allende whose works sometimes contain aspects of the genre magical realism, is known for novels such as The House of the Spirits (La casa de los espíritus) and City of the Beasts (La ciudad de las bestias). Allende has been called “the world’s most widely read Spanish-language author.” In 2004, Allende was inducted into the American Academy of Arts and Letters, and in 2010, she received Chile’s National Literature Prize. President Barack Obama awarded her the 2014 Presidential Medal of Freedom. Her books have been translated into more than twenty-seven languages and have become bestsellers across four continents. Isabel Allende currently resides in California.

CARIDAD SVICH – PLAYWRIGHT
As a playwright, songwriter, editor and translator living between many cultures, including inherited ones, the idea of departure has always been not only an actual or metaphorical basis for writing the work, but also an idea made manifest through the enactment of writing, its performance, and my living of it. Born in the US of Cuban-Argentine-Spanish-Croatian parents, I have felt in a strange kind of exile even while growing up as an “American.” This sense of dislocation extends to the fact that as a child and adolescent, I lived in several states: Pennsylvania, New Jersey, Florida, North Carolina, Utah, New York, and California, not to mention many cross-country road trips in between. The nomadic strain was thus instilled in me and has become an inevitable part of my writing vision. Explorations of wanderlust, dispossession, biculturalism, bilingualism, construction of identity, and the many different emotional terrains that can be inhabited onstage form the basis of my plays and other writing projects. Visions of migration (both physical and spiritual) dominate the plays, which have become, in turn, documents of internal diasporas.

Estefanía is a recipient of the 2017-18 National Directors Fellowship at the Eugene O’Neill Theatre Center/NNPN and is an alumna of the Bill Foeller Fellowship at the Williamstown Theatre Festival, the Drama League Directors Project, the Van Lier Fellowship at Repertorio Español, and the Civilians’ R&D Group. She is a member of the New Georges JAM, the Lincoln Center Theatre Directors Lab, and the Latinx Theatre Commons steering committee.