Repertorio Español has announced the dates for their official reopening. Performances start on the 6th of October. 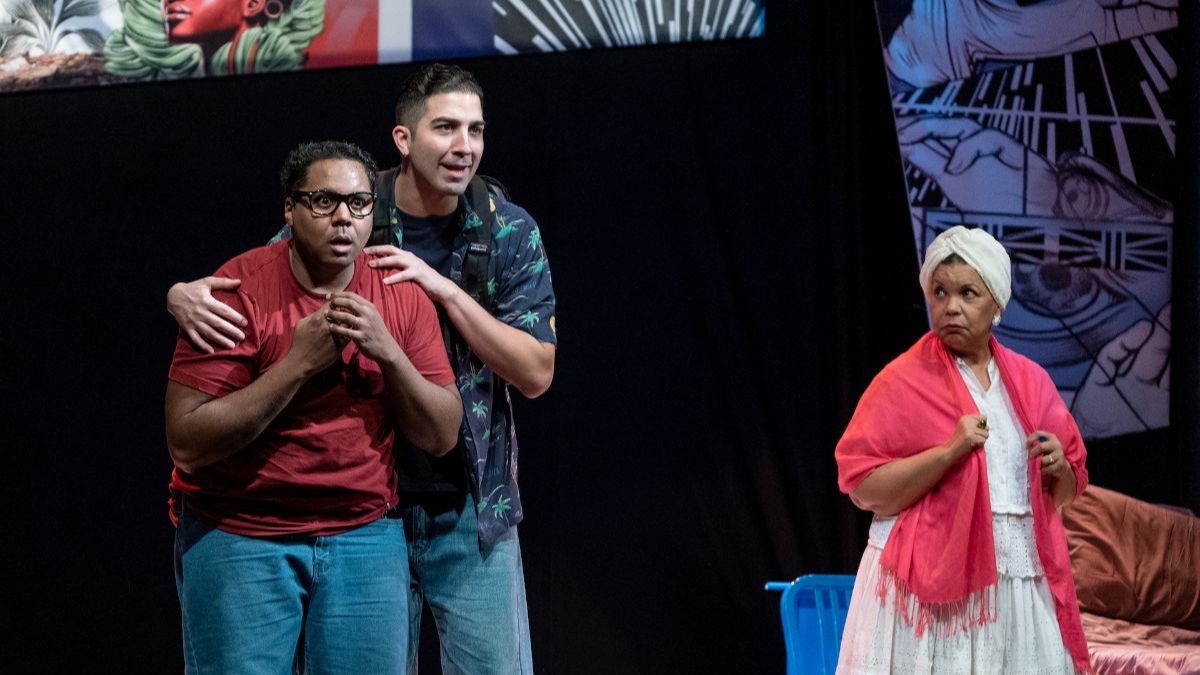 “Rodríguez skillfully compresses time, and hones the events of Oscar’s life to bring us a humorous and poignant performance”. — Berkshire Fine Arts

“The performers are uniformly excellent”. — Theatermania

“I’d recommend Repertorio Español’s The Brief Wondrous Life of Oscar Wao to anyone, whether or not they speak Spanish”. — Theatre Is Easy 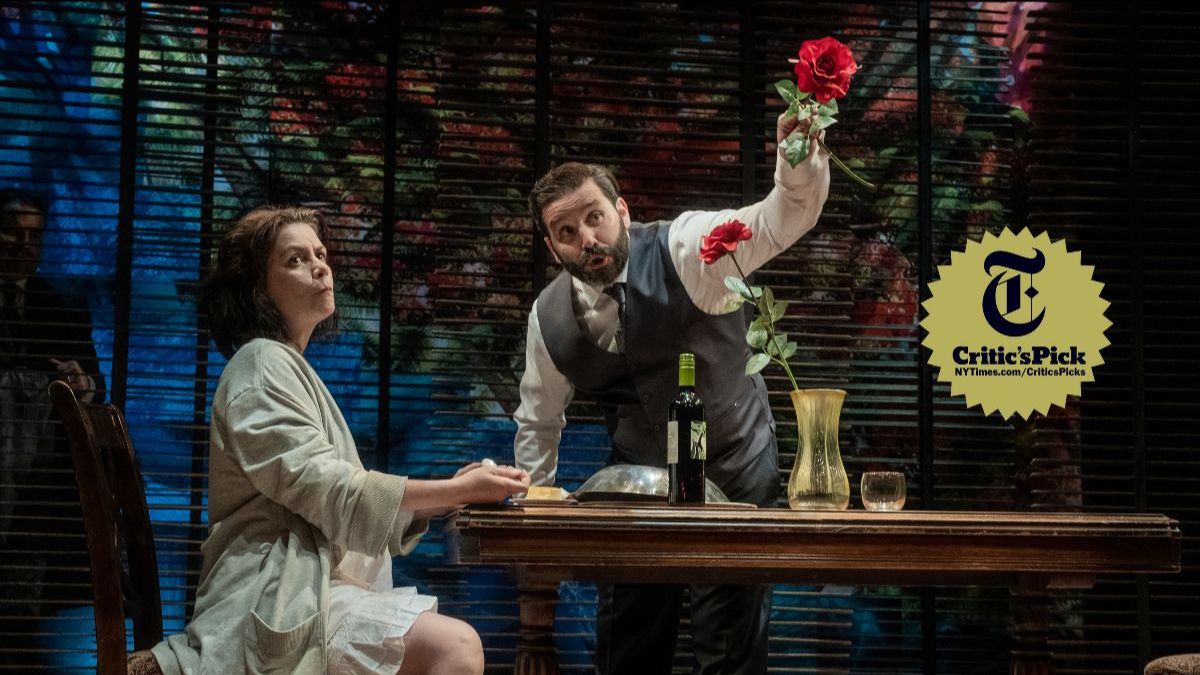 “You get binge-worthy drama in tasty 30-minute acts, watching flesh and blood actors at the top of their game”. — The New York Times

“This play is outlandishly funny and thrives off of its ability to plot twists in the heart of its character”. — Diandra Reviews It All 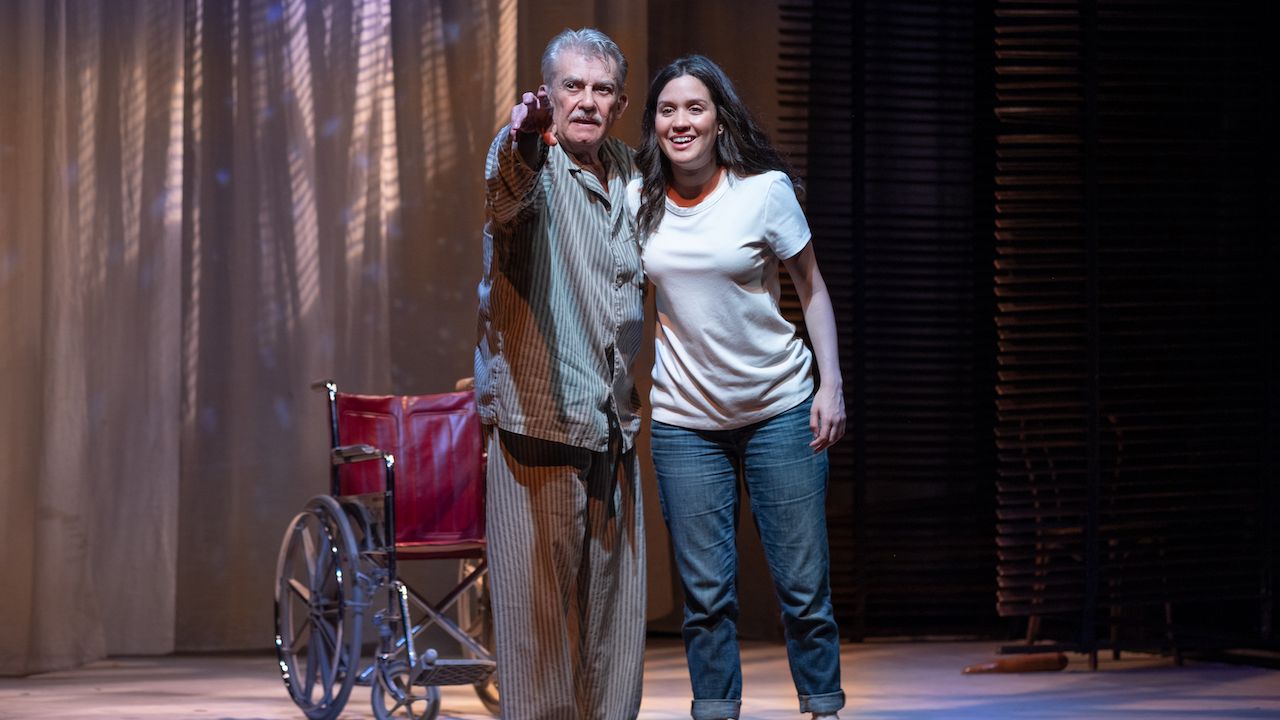 “‘La gringa’ is the story of a young woman from New York who goes to Puerto Rico in search of her extended family. When she finds them, the complicated misperceptions that develop on all sides unfold in comic dialogue that arouses constant shouts of laughter and bursts of applause.” — The New York Times

Directed by René Buch
“Hatred, jealousy and despair come to life, almost as characters in their own right, in the Repertorio Español’s Spanish-language production of ‘La casa de Bernarda Alba’. García Lorca’s grim satisfaction in exposing the pretensions, self-deceits, and destructive willfulness of Bernarda Alba and her five daughters in a world of women who are all victims is almost palpable.” — The New York Times 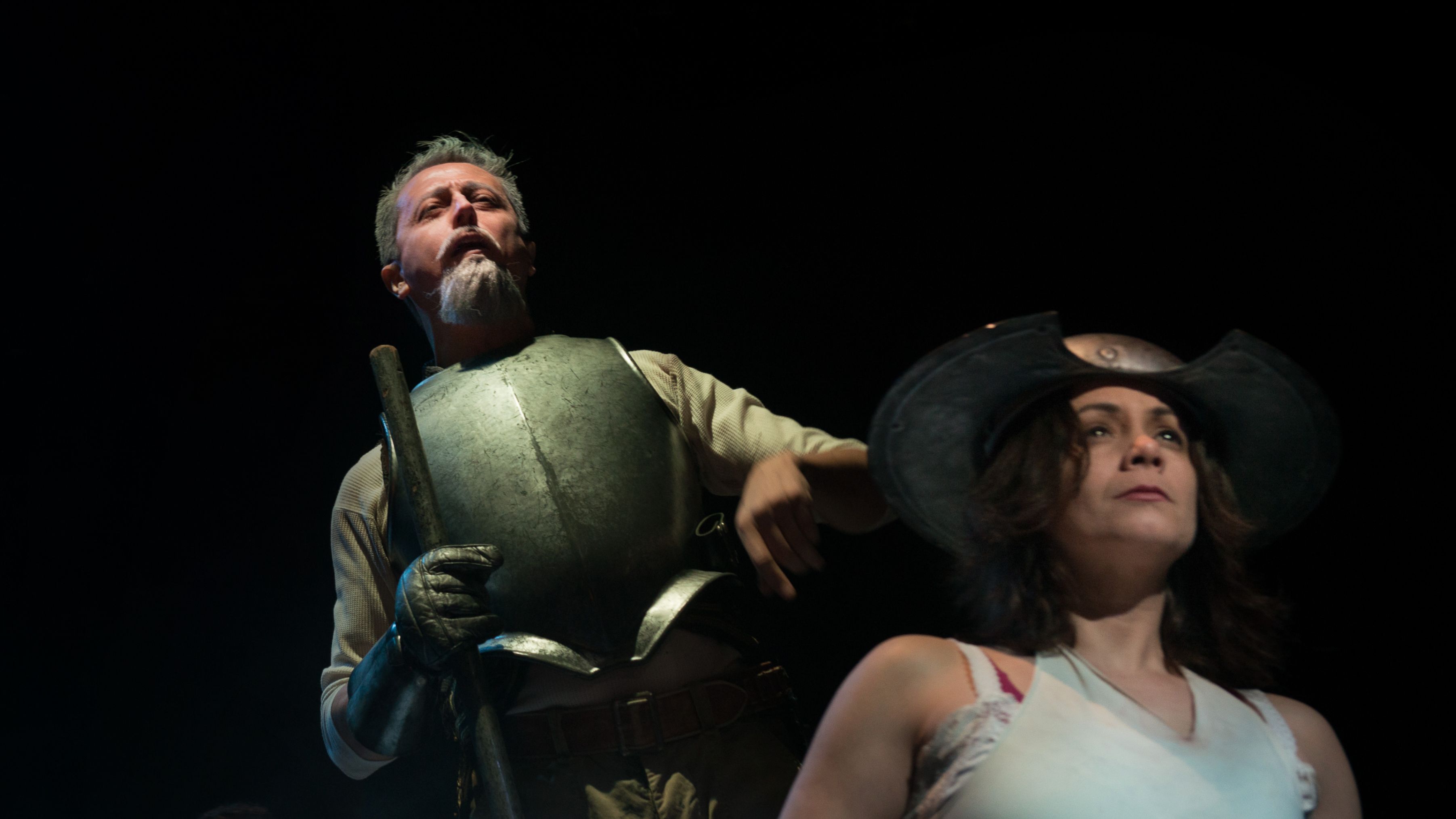 “‘El Quijote’ stresses the absurdities of Don Quijote’s quest, as he attempts to right wrongs and rescue damsels in distress… Don Quijote and Sancho stumble through a series of adventures (or misadventures, as Sancho calls them). Company members never falter, never miss a step. At the same time, the director’s creativity is unbounded.” — Backstage 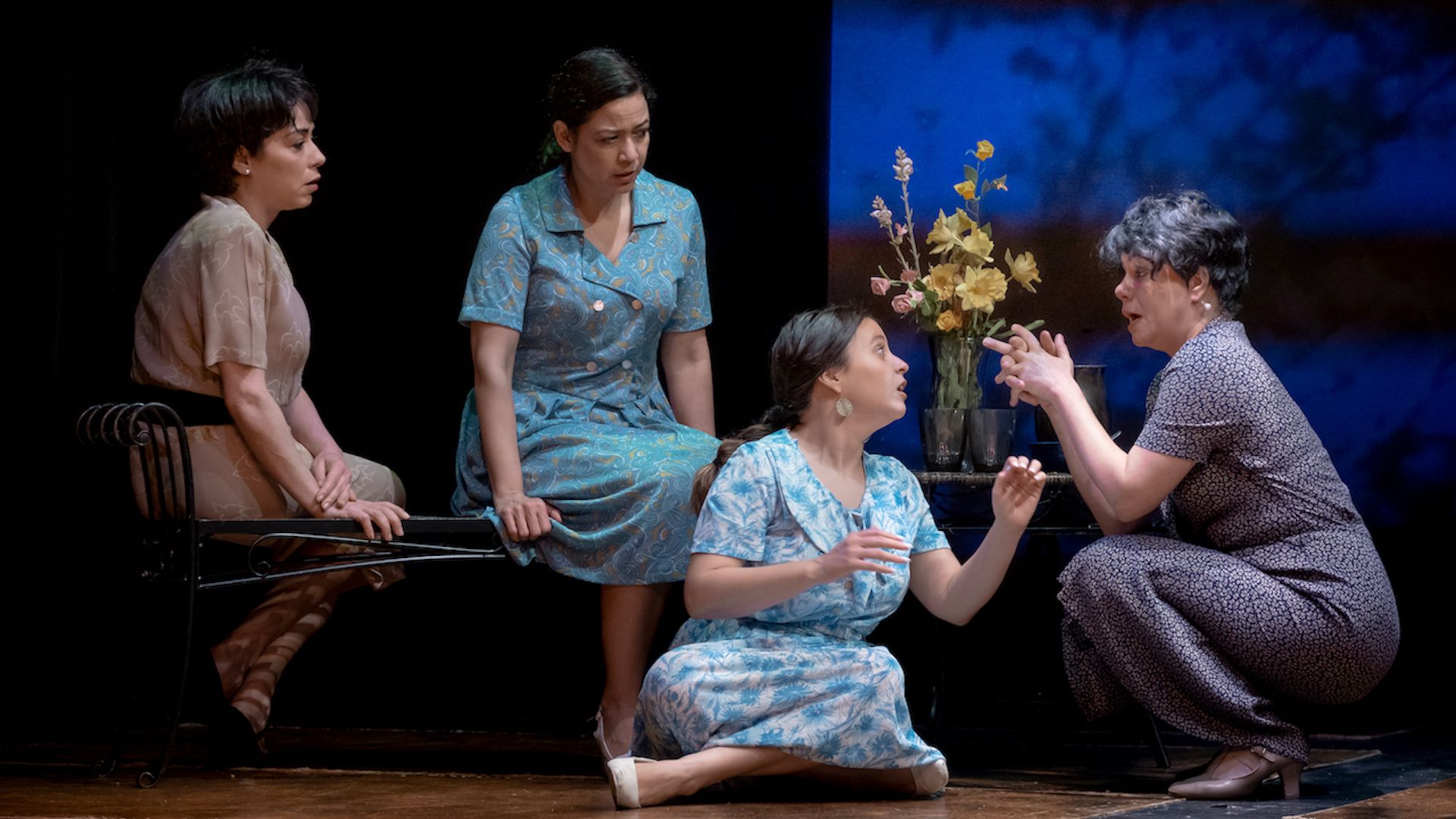 “The outrage and sorrow that greeted the murder of the three elegant and revolutionary Mirabal sisters in the Dominican Republic during the homicidal dictatorship of General Rafael Trujillo have never really ended. These emotions are evident… and is the subject of ‘In the Time of the Butterflies’… it largely does justice to this story of injustice.” — Backstage

“Zayas’ inventive production, in which the use of video projections and animation help create a poetic language of stagecraft. The seven-member cast is effective in reminding us that, in past eras too, despots only seemed invincible.” — Backstage 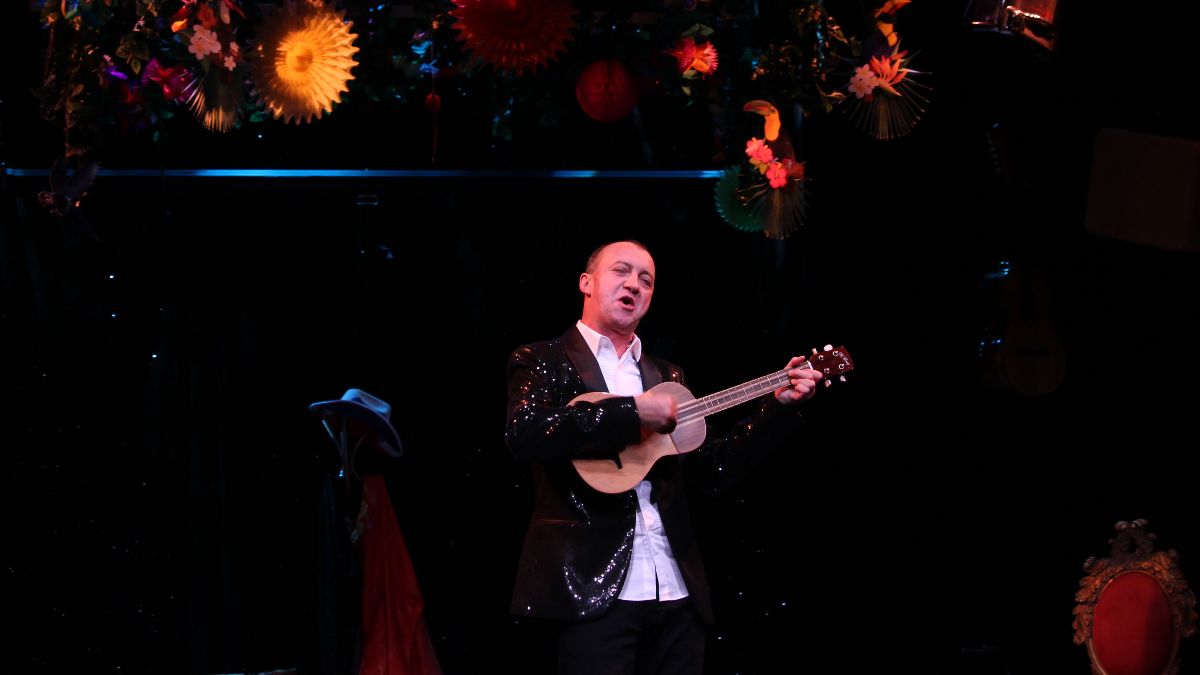 “QUINCEAÑERA” is a celebration of 15 consecutive years of Saulo García’s comedy on Repertorio’s stage and a compilation of his “Greatest Hits”.