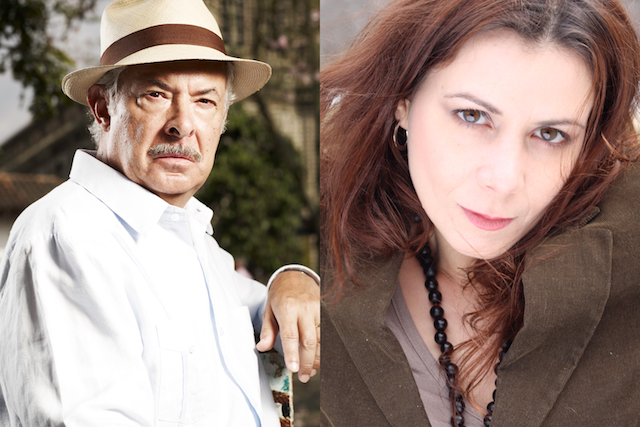 Performed in Spanish with English Subtitles.

The story covers a few months in the life of a colonel whose pension, delayed 15 years by an overwhelming bureaucracy, becomes an obsession. Reduced to penury despite his veteran status, the protagonist and his wife live in anticipation of his pay. But every Friday the only apparent contact with the outside world comes and goes with the same declaration from the postmaster, “Nothing for the colonel. No one writes to the colonel.

Born in 1928 in Aracataca, Colombia, he attended the National University of Bogotá and the University of Cartagena where he studied law. Turning to journalism in 1950, he began writing for the Colombian periodical El Espectador. He would go on to write non-fiction first in 1955 with The Story of a Shipwrecked Sailor. That same year, he published his first fiction novel, Leaf Storm.  Moving to Mexico City in 1958, he wrote his masterpiece One Hundred Years of Solitude, published in 1967 – sending him on a journey that would culminate in being awarded the Nobel Prize for Literature in 1987. Though his novels and short stories are numerous, some of them include: “No One Writes to the Colonel”, “Innocent Erendira”, “Autumn of the Patriarch”, “Love in the Time of Cholera”, “The General in His Labyrinth”, “Strange Pilgrims”, “Love and Other Demons”, “News of a Kidnapping” and  “Chronicle of a Death Foretold”.

Born in Colombia and is one of Latin America’s most successful film and theater directors. In New York and for Repertorio Español, Triana has garnered great accolades for his successful stagings of novels from Latin America’s master authors. In 2008 he directed Jorge Amado’s “Doña Flor and Her Two Husbands” for which El Diario expressed “Much was expected of this production and Triana (the director) and the cast have surpassed these expectations… they’ve given us – from beginning to end — a sensual feast and a joyful celebration for all of us to enjoy.” In 2003, Triana adapted and directed Mario Vargas Llosa’s “The Feast of the Goat” for which Bruce Weber from The New York Times stated that “the show makes eerily atmospheric pageantry…and vivid the wages of despotism, for a nation and for a man.” In 1999 Triana directed Gabriel García Márquez “Chronicle of a Death Foretold,” which The Village Voice called “Hypnotizing” and “Poetic.” Previously at Repertorio he directed “The Innocent Eréndira” also by García Márquez and “And the Carnival Erupted” an original play which Howard Kissel for the New York Daily News, declared that was “staged with marvelous theatricality and skill.” Other theater credits include “Romeo and Juliet” and “Richard III” by Shakespeare; “Fuenteovejuna” by Lope de Vega and “Death of a salesman” by Arthur Miller. Triana has collaborated with Gabriel García Márquez in various film and theater projects including “Tiempo de morir” (Time to Die) and “Edipo Alcalde” (Edipus the Mayor.) He has won numerous awards including the People’s Choice Award in Tolouse, France and the Golden Ombú Award for his film “I am Bolívar.” Triana has also received numerous ACE Awards (Association of Hispanic Theatre Critics). He is the founder of Bogotá’s Popular Theatre and currently directs at Repertorio Español as well as his own production company, Dramax, where the TV series “Commando Elite” is produced for the television channel RCN. 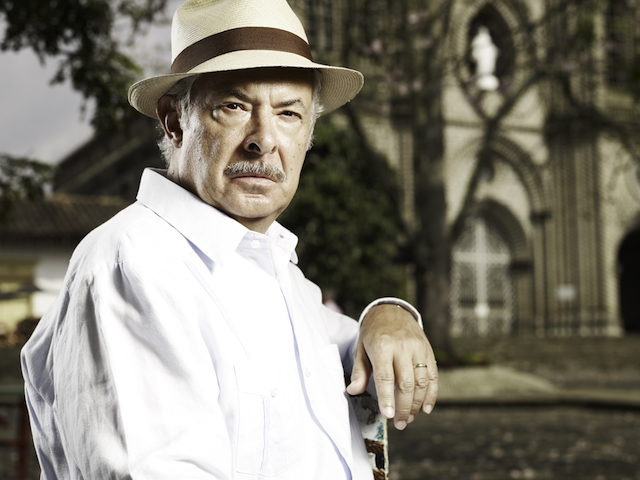 Was born in Manizales, Caldas, Colombia. He is an actor, known for “Our Lady of the Assassins”(2000), “Paraiso Travel” (2008) and “Narcos” (2015). His trajectory as an actor has won him awards including Colombia’s Actor of the Year on various occasions. He starred in the film “La virgen de los sicarios” (2000) for which he was nominated and won many international awards. Jaramillo is the co-founder of ID Studio Theater in New York, of which he is the Artistic Director. He is also the co-founder of the Teatro Libre de Bogotá (The Free Theatre of Bogotá) as well as of its School of Acting, where he worked as a resident actor, producer and director for more than 30 years and oversaw more than 40 productions. His credits with Repertorio include: “Blind Date”, “Doña Flor and her two husbands”, “Weeds Just Won’t Die”, “Aunt Julia and the Scriptwriter” and, “Burundanga”. 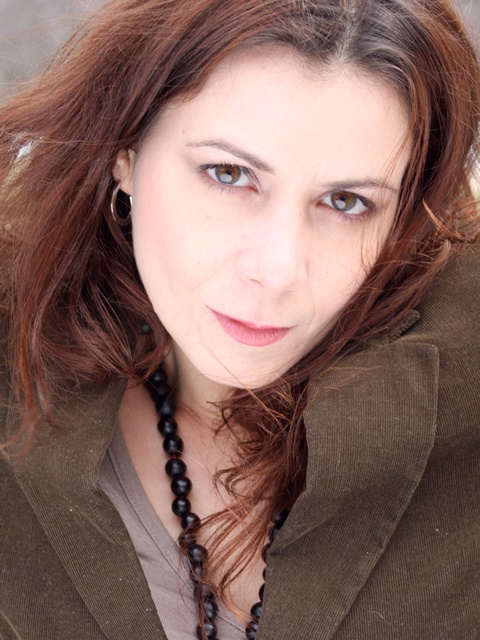 Born in Cuba and holds a degree in Theater Techniques and Choral Direction from Cuba’s National Arts School.  She has worked in theater, film, and television as an actress, playwright, and director.  In 1996 she co-founded “Argos Theater” of Cuba and soon after she became one of the most acclaimed actresses of Cuban stage for her work in classics like “Strindberg”, “Brecht”, “Calderon de la Barca”, among others.  She also worked as a teacher at Cuba’s National Arts School and made her debut as a theatrical director in 2001 with “Thanks Grandma”, which she also wrote and starred in.  Her film credits include the leading roles of “The Nights of Constantinople”, “Three Times Two”, (Silver Zenith First Fiction Feature Film, Montreal 2004) and “Long Distance” (2008).  She won the Best Actress Award at the 2001 Camaguey Theater Festival in Cuba and received multiples HOLA, ACE and ATI awards for her work at Repertorio Español. Zulema currently resides in New York.  Her credits with Repertorio include: “The House of Bernarda Alba”, “The Feast of the Goat”, “Life is a Dream”, “Captain Pantoja and the Special Service”, “As Five Years Pass”, “Mariela in the Desert”, “Doña Flor and her two husbands”, “Love in the Time of Cholera”, “In the Time of the Butterflies”, “Cold Air”, “Aunt Julia and the Scriptwriter”, “Miss 744890”, “Burundanga”, “La canción”, “In the name of Salomé”, “Blind Spot” and “Courage, Betrayal, and a Woman Scorned”.