GUEST POST: Caridad Svich Describes her Inspiration for “Aunt Julia and the Scriptwriter” 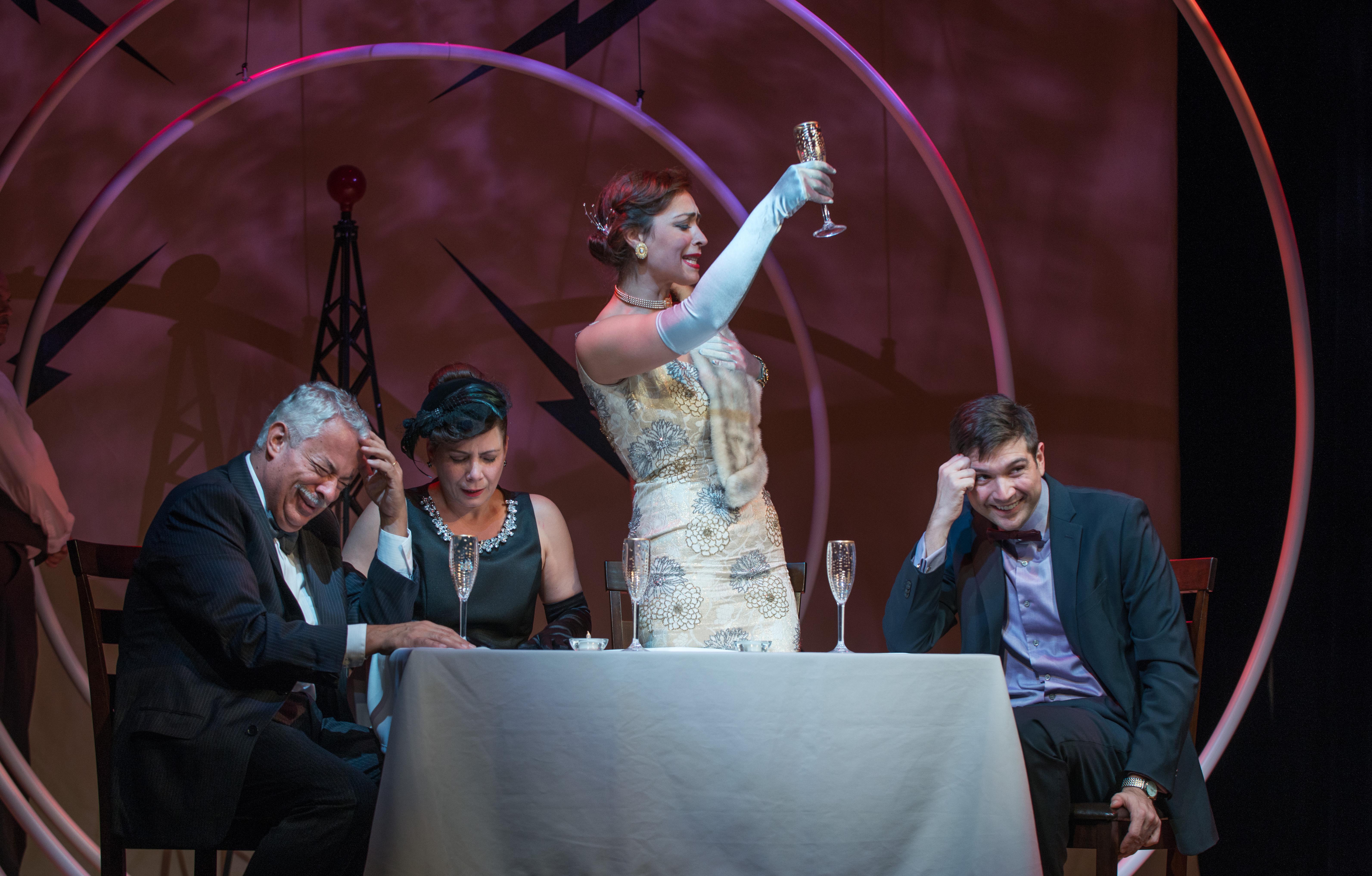 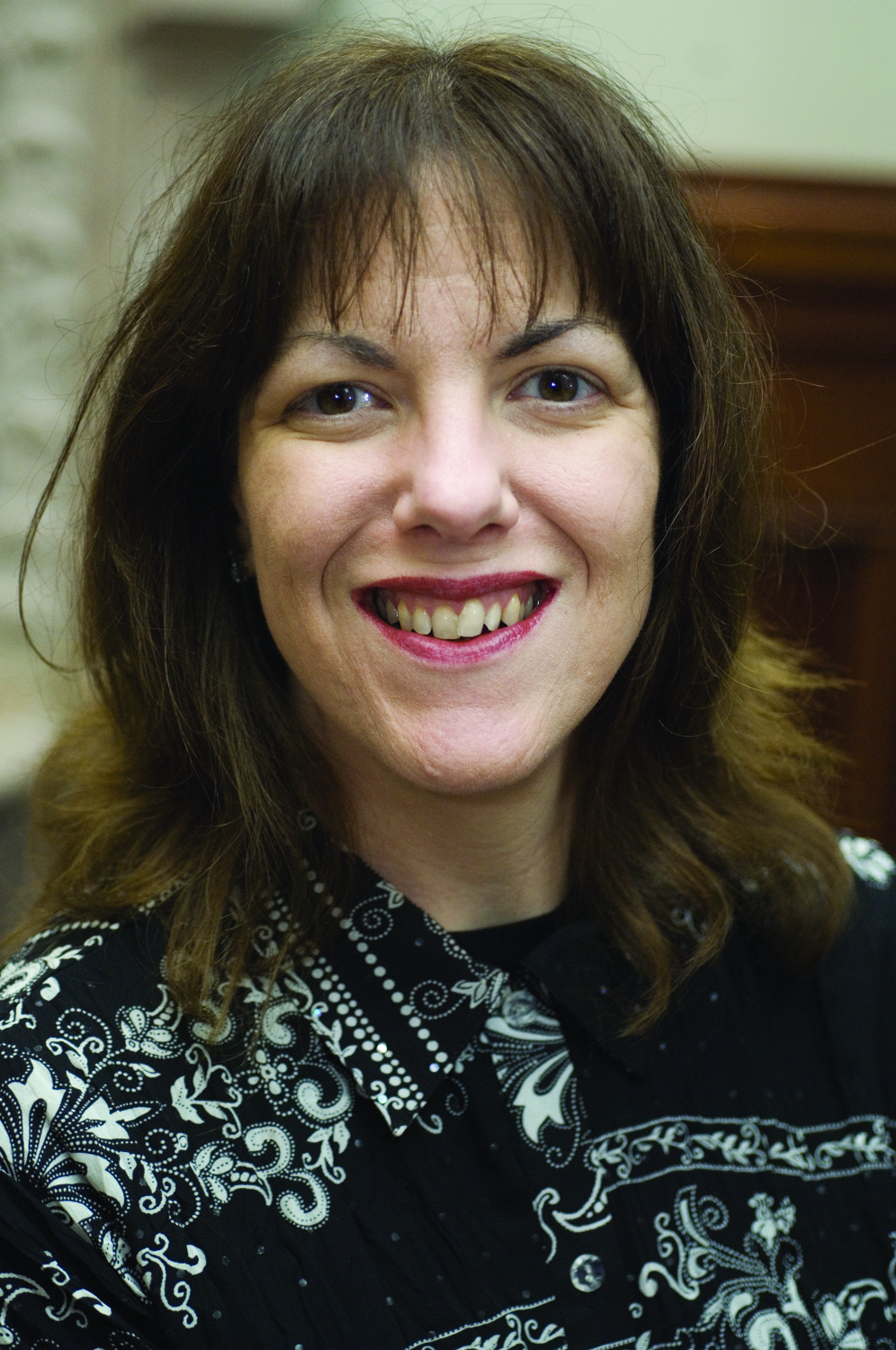 Aunt Julia and the Scriptwriter is a multi-faceted, exuberant novel by Mario Vargas Llosa. It tells the provocative and mischievously autobiographical coming-of-age story of a young college student named Mario, who wants to be a writer, and two people he meets when he is eighteen years old whom will change his life forever: his aunt-in-law Julia, a 32-old divorcee and a scriptwriter named Pedro Camacho.

The novel is poised somewhat classically (in theme) in the tug of war between the Apollonian and Dionysian impulses in human beings, examining the latter as a central life force that can turn destructive.  As a playwright, my way into interpreting and re-imagining Vargas Llosa’s novel for the stage has been to approach the material from several perspectives. First of all to allow the audience to enter into its situational comedy from gentle and boisterous positions – to see this story as a comedy of misrule and disorder as well as a big-hearted romance that examines the performance of everyday life, and the masks we wear (and need not wear) to live, love and survive. In the play of AUNT JULIA AND THE SCRIPTWRITER, everyone is playing a role in the drama of their life, not to mention the dramas being enacted in the radio shows which Pedro Camacho writes, some of which we glimpse, and some which we see being written. The play also serves as a winking homage to Hollywood’s classic screwball comedies with nods to Ernst Lubitsch, Marx Brothers, and the complex romantic comedies directed by George Cukor and Howard Hawks. In fact, the spirit of “screwball” influenced, in great part, my approach to this sometimes raucous but also tender love story. It is a tale that is anchored, after all, in what may be perceived as a transgressive romance between an older woman and a young man. This transgression plays out amongst a portrait of mostly middle-class characters living in Lima, Peru in the 1950s.

Parallel to this love story is another kind of love story – and that is the one between a writer and his craft and art. Pedro Camacho, the scriptwriter, is one of the novel’s most extravagant and memorable creations; he is the prototype of the “mad genius,” and he also serves as Mario’s mentor, and the story’s elastic heart. If Mario represents a kind of lightness, or perhaps even the callowness of youth, then Camacho is the story’s mysterious, volatile darkly comic, melancholic center. The writer of radio dramas that in this day we might call “pulp” stories or associate chiefly with the form that has become “telenovelas,” Camacho is a figure that disrupts, with his storytelling, the status quo. He rages against a society of spectacle and moreover, one that wishes to tie art’s function to a profit motive.  Camacho rails against society and his own impulses. He is the play’s sad clown and Quixote figure, albeit with elements of both Quixote and Sancho Panza, and Mario, the budding writer who becomes his protégé, is the refractive lens through which we see this complex man.

Of course, the play and the novel on which it is based rests on Julia – a strong, passionate, intelligent, sensual woman who is both of her time and very much ahead of her time. What can I say about her? She is something. She is, yes, something else. A force of nature. A powerful spirit. A muse to inspire us all. But at day’s end, a radiant, complicated woman who follows both her heart and mind, as she remakes her life.

So, call this a love letter. Of sorts. To theatre, to writing, to being in and out of love, to relishing the ironic, mocking, beautiful, outrageous drama of life itself, and to the stories that live in our imaginations when we gather in the dark (or light) to try to make sense of our lives.