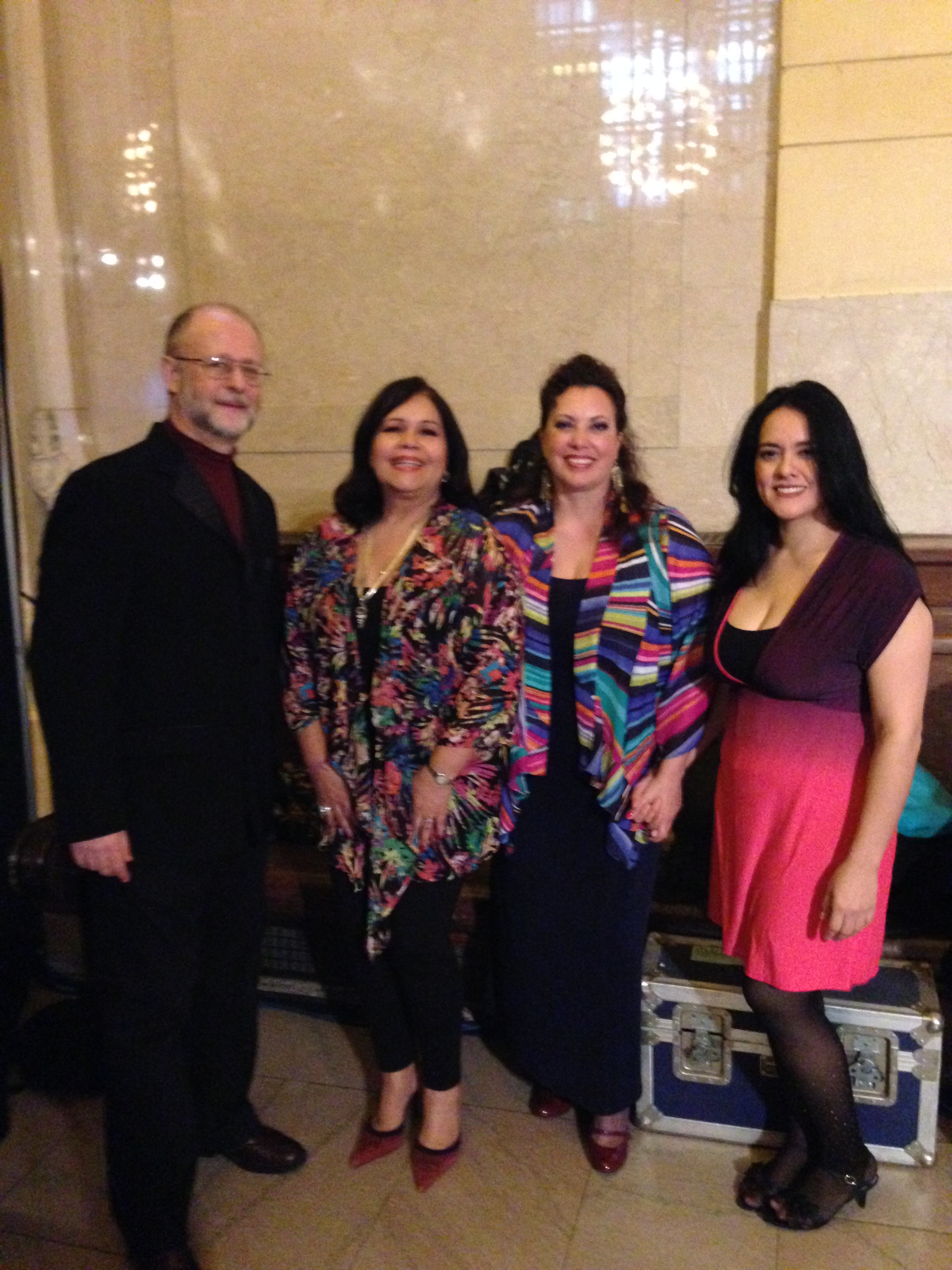 It’s not every day a newspaper turns one hundred years old. El Diario La Prensa, one of the most prolific periodicals in both the Latino community and the entire nation, turned the big 100 this year. We were lucky enough to be invited to the party, so we came in style with the divas of Repertorio’s musical review, “Bésame mucho.”

Brenda Feliciano, Virginia Herrera, Gizelxanath and Shadia Fairuz graced Grand Central Station’s Vanderbilt Hall with their powerful voices accompanied by Musical Director Pablo Zinger, filling that beautiful marble hall with the lyrics of songs like Dos Gardenias, Gracias a la Vida, and Babalú. As always, the ladies were a hit with the thousands that came to see the show, and made a lovely and sultry addition to the great celebration in honor of one of the most powerful Latino voices in the United States.

Repertorio Español participated along with Teatro SEA, Pregones Theatre and IATI Theater, all members of the Alliance of Teatros Latinos of New York.

Check out pictures of these damas doing what they do best in this more than glamorous setting. And a sincere congratulations to El Diario La Prensa, cheers to the first one hundred years and to a hundred years more!

Bésame mucho will have its next performance on Sunday, November 10th at 6:30pm