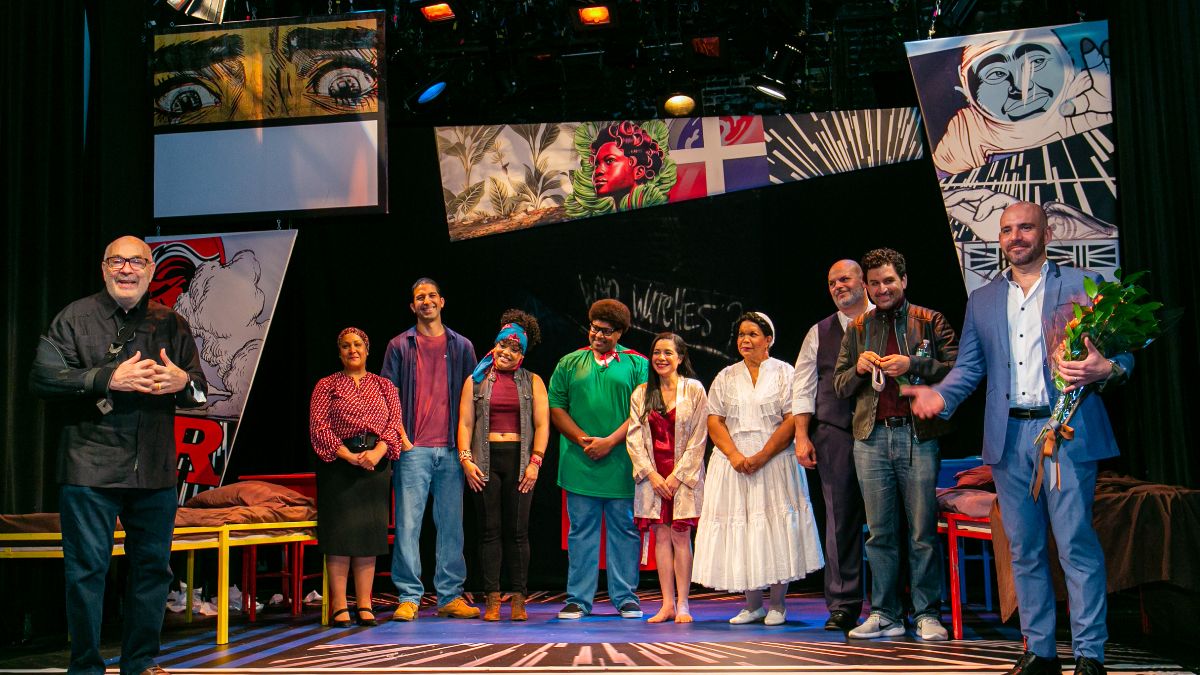 On January 1, 2021, Repertorio Español welcomed Rafael Sánchez as their new Executive Artistic Director. In this role, he joins the company’s over half-a-century long legacy. Robert Federico, Executive Director Emeritus, retired after ensuring the growth and evolution of Repertorio Español will be in good hands with Sánchez. He moves on hoping to provide space for what has been a core value during his tenure, young Latinx artists. 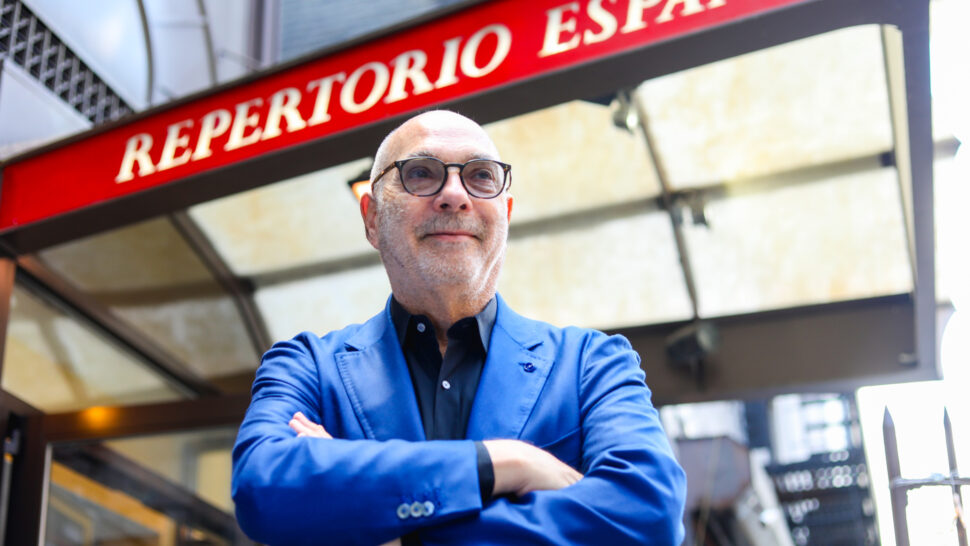 “When I was a child I used to play pretend at home. I designed pretty costumes and set pieces. I can’t believe that my job as a grown-up consisted of exactly that… but with real humans.” – Robert Weber Federico

After more than 50 years of centering and celebrating Latinx artists, including developing a series of programs to bring arts education to New York City schools, Robert Federico says he never quite considered his legacy at Repertorio Español as it was unfolding. When he first began at the Repertorio in 1971, he could not fathom the magnitude, nor the impact his work was going to have on the lives of countless Latinx artists. “When you work in theater, to be able to work in a theater is the reward itself,” he said.

Federico began as a designer and administrative volunteer with Repertorio, but quickly became involved with the company more holistically. For him, everything fell into place during a tour to the Festival Cervantino celebration in Guanajuato, México where, for the first time, the company discovered just how significant Repertorio Español actually was. He remembers that not only were they praised and recognized as a professional international company – something the group was unfamiliar with at that time, regularly being seen as a minority theater in the United States – but they began to see clearly the ramifications their newly realized status could have on Spanish-speaking artists and the Latinx public as well. The touring group went back to New York City with a new understanding of the absence and need for a Latinx artistic life. He knew it was there, latent yet dormant.

Reflecting on his fifty-year tenure at the Repertorio, he boasts of the company’s commitment to education and the young Latinx community. Throughout the years, Federico urged the importance of students not only learning about Latinx heritage at school but also being able to see their Latinx heritage on stage: “They needed to watch something that could connect them to their roots, their ancestry, to help them understand why they are here and why they are so important. I wanted them to understand the huge role they were about to play in the country’s development and growth.”

Robert Federico feels that he has done everything he wanted to do at Repertorio, and then some. He shares, “When you love what you do, you don’t think about it as a job, and you also forget that you are working because you are enjoying it all so much.” When the time came to find a successor, he found the perfect candidate in Rafael Sánchez. If he had any advice for him as he continues Repertorio Español’s legacy, he laughingly says “Get enough sleep while you can.” 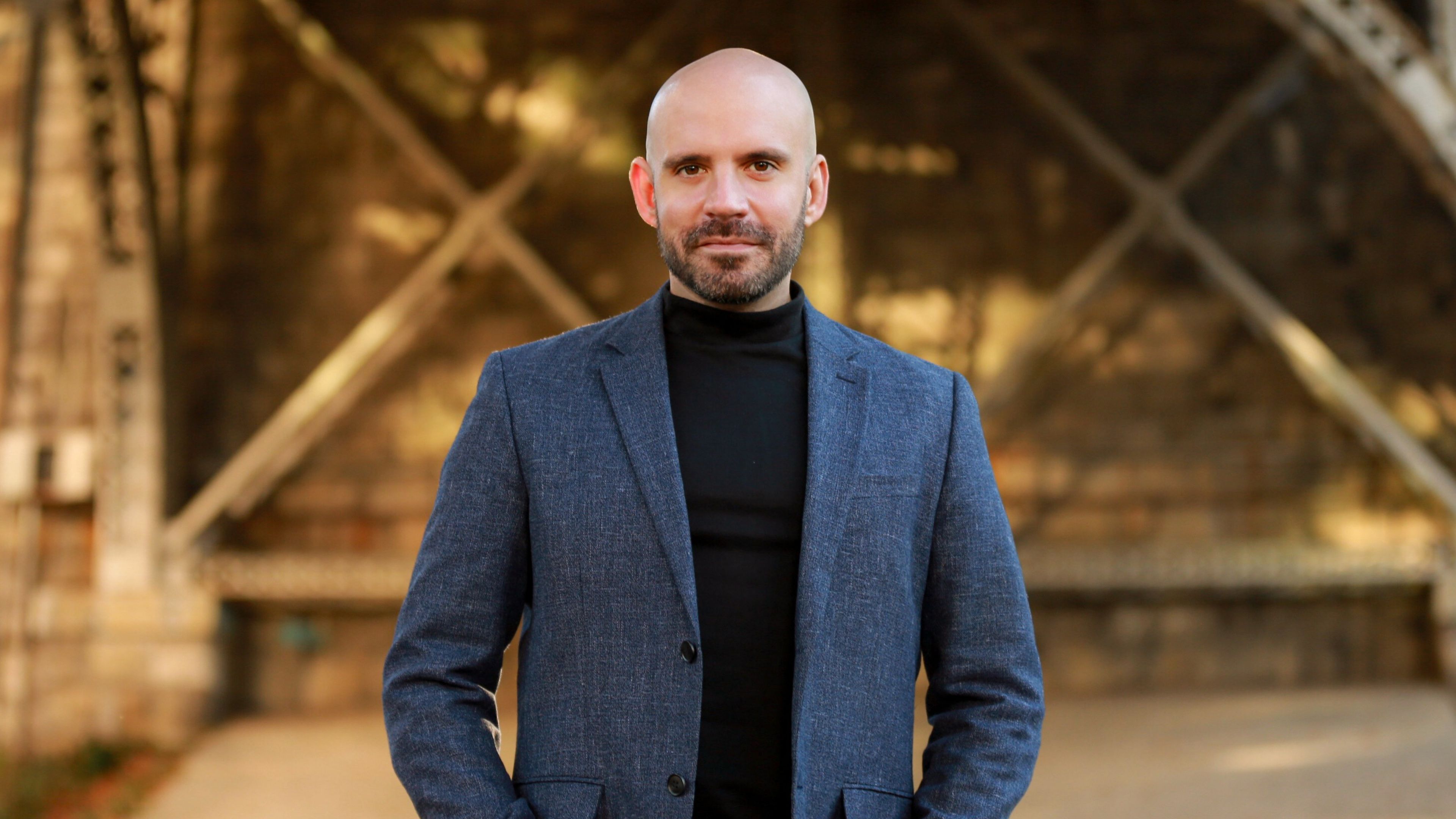 Executive Artistic Director Rafaél Sanchez stepped into his role on January 1, 2021. However, he was no stranger to Repertorio Español. Sánchez had been working as Robert Federico’s right-hand man for three years, but even before he came to New York City he had connections to Repertorio while working with his own company Tantai Teatro in Puerto Rico. When Hurricane Maria hit the island in 2017, he first went to the Dominican Republic, then to Miami, then eventually New York City – “The first door I knocked was Repertorio’s.”

When Sánchez arrived to work at Repertorio, Federico wasn’t officially looking for the company’s next leader. But Sánchez diligently shadowed Federico and learned the ropes of the company – particularly once the pandemic hit Sánchez proved himself, demonstrating his skills transitioning to online programming, creating Livestream events, and coordinating the Repertorio team remotely – it became clear that they had found the right leader to usher Repertorio into its next phase.

“It’s an honor and a huge responsibility,” affirmed Sánchez. Repertorio Español has been serving New York audiences for over half a century, it is “the” organization for Latinx theater in the United States and maybe even the world, Sánchez remarked. The company’s founders Gilberto Zaldívar and Rene Buch, and later Robert Federico, built Repertorio with a dedication to engage the community they sought to represent. Sánchez welcomes the challenge to step into this robust legacy, he feels an immense amount of support as he implements new ideas to complement the original vision for the company as he develops the next phase in the life of the Repertorio.

What is Sánchez’ new vision for the company? At the top of his list: expanding Repertorio’s offerings and audience base to accommodate even more celebrations of Latinx identity. In his own words, “I want to open Repertorio to the biggest audience ever!” Specifically, he wants to activate younger audiences and artists at Repertorio. “Theater has to reflect what society is, and that starts with companies like Repertorio Español embracing new artists,” – Sánchez already sees this vision growing to fruition through the Miranda Family Voces Latinx Playwriting Competition and the New York Community Trust Van Lier directing fellowship. He hopes to provide even more resources and opportunities to young Latinx artists who need them.

“I just want to share with everyone the joy that I have for having this opportunity, how seriously I take this responsibility…” he expressed. “Everything happens for a reason. I ended up here after a hurricane, [and] Robert [Federico] always says that Repertorio is a place where tragedy takes on new meaning,” said Sánchez.

ABOUT REPERTORIO ESPAÑOL
Repertorio Español was founded in 1968 by Artistic Director René Buch and Producer Gilberto Zaldívar and has become one of the most successful Off-Broadway theatres. The Company was founded with the mission of producing the finest Spanish-language theatre from Latin America and Spain as well as plays written by Latinx artists. The Company presents a rotating repertory of 13 different plays, musicals, and dance concerts with over 300 performances every year. Its productions are seen by over 50,000 people annually at its home, the historic Gramercy Arts Theatre, and on tour. Every year, approximately 20,000 students are introduced to the heritage of Spanish language theatre through its education program, ¡DIGNIDAD!